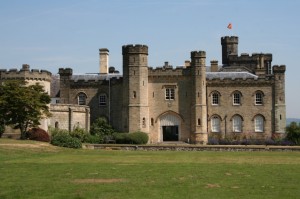 Chiddingstone Castle is a delightful historic house near Edenbridge, set in 30 acres of parkland and boasting breath-taking views of the North Downs, a rose garden, woodland and a beautiful fishing lake. Chiddingstone Castle has previously featured in Bargain Hunt (2012) and nearby one-street Tudor village Chiddingstone has been used as a film location by productions such as Walking Through History (2013), A Room With A View (1986) and Elizabeth R (1971).

For more information about the programme: http://www.bbc.co.uk/programmes/b006mk0g

For more information on Chartwell: http://www.nationaltrust.org.uk/chartwell/