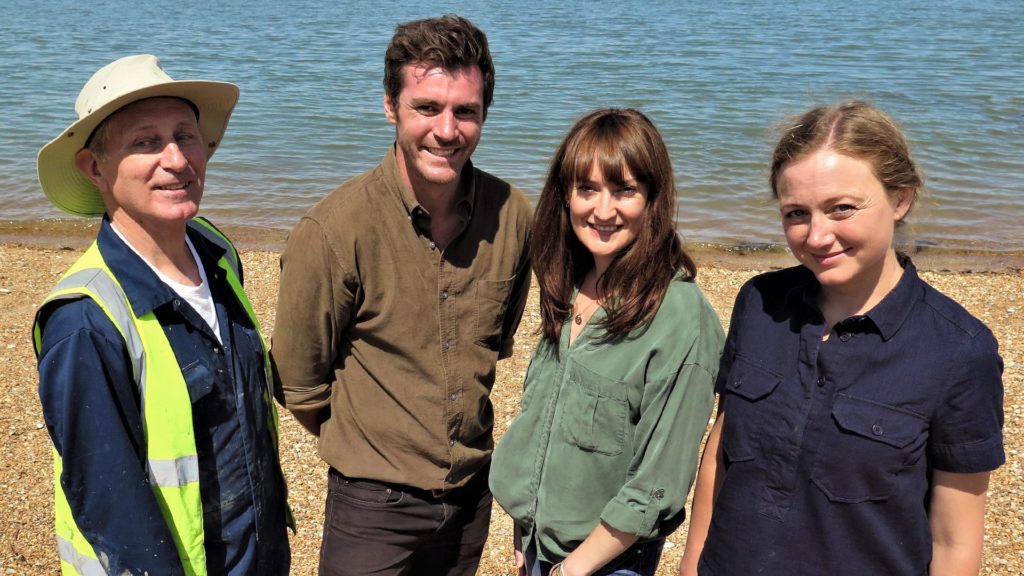 Dr Tori Herridge and the team at Tankerton ©Channel 4

The third series of Britain at Low Tide will return to our screens this week. The show features archaeologists Dr Tori Herridge and Dr Alex Langlands as they explore coastal areas and their historical treasures as the tide goes out.

The first episode of the series starts off on the north Kent coast, as Dr Tori Herridge and the team explore the mystery of the shingle bank called The Street in Whitstable, explore a shipwreck in Tankerton, which can only be accessed once every year at very low tides. These areas have previously hosted productions such as The Thames: Britain’s Great River With Tony Robinson (2019) and Celebrity Antiques Road Show (2018).

The programme also explores the remains of  Richborough Port in Pegwell Bay near Sandwich, which played a crucial part in supporting the Western Front in WWI. Sandwich is a medieval town situated on the River Stour and boasts golf clubs, eateries and B&B’s as well as a museum, windmill and Roman Fort. Productions which have previously visited the town include Celebrity Antiques Road Show (2018) and Countryfile.

Production also paid a quick visit to the Port ofRamsgate, adjacent to the popular seaside town in Kent, that has been used in previous productions such as Ross Edgley’s Great British Swim (2018) and Britain’s Favourite Walks: Top 100 (2018).

Britain at Low Tide will air on Saturday 14th September 2019 on Channel 4 at 8pm. The series will then air each Saturday.