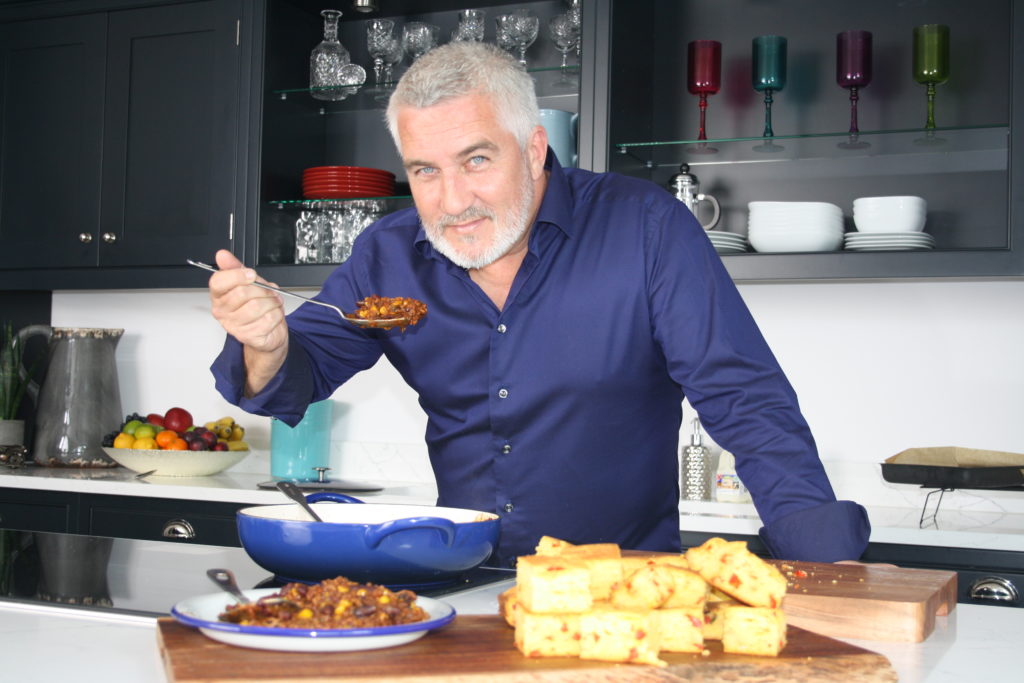 Kent Locations Used:  A kitchen at a private residence in Challock

TV judge and celebrity baker Paul Hollywood (The Great British Bake Off, The Great Holiday Baking Show) will be embarking on a 3000-mile US road trip onboard a Harley-Davidson for all-new cookery programme Paul Goes to Hollywood, sharing his passion for everything foodie, movies and motorbikes.

The five-part series will follow his journey as he explores culinary gems inspired by the movies before recreating popular American favourites in the kitchen.

Cookery scenes for the series were filmed at a private kitchen in Challock, Ashford.

Whilst it may be small in size, Challock is a beautiful rural Kentish village located in the North Downs AONB. Other similar filming locations of note on the region include Chilham, where productions of Top Gear and Miss Marple have taken place and Wormshill, where an Eastenders Easter Special was filmed back in 2007.

The series will air from Thursday 28th November 2019 on The Food Network and will run weekly for four episodes.