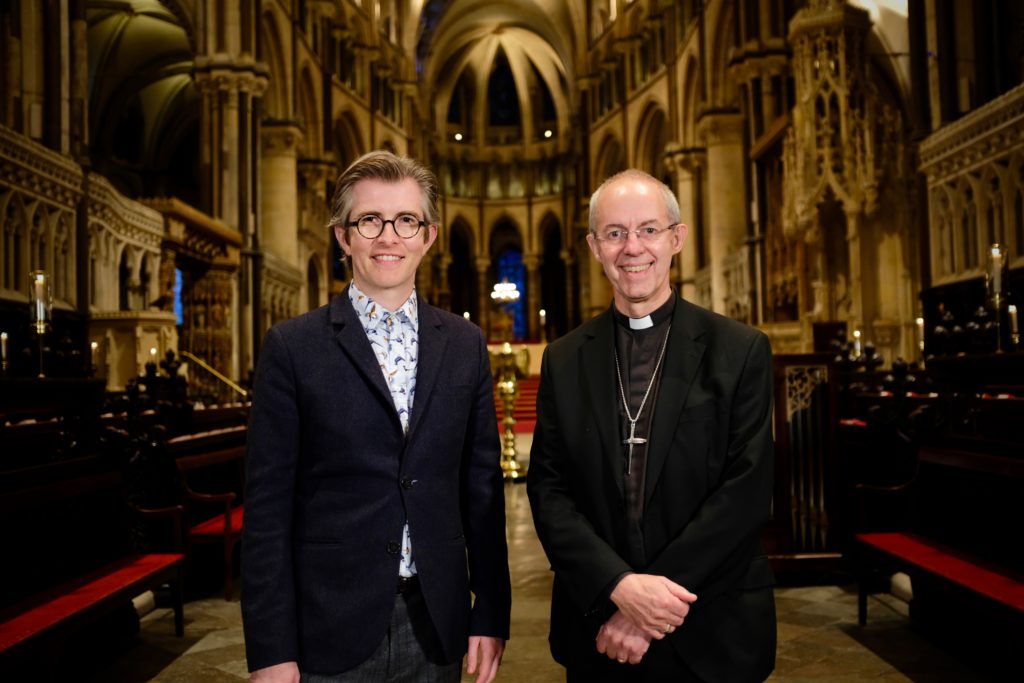 Caption: Gareth Malone and the Archbishop of Canterbury ©BBC

This two-part series Britain’s Christmas Story (2019) presented by Gareth Malone and Karen Gibson uncovers some of the origins of our British Christmas traditions and reveals that in the past, our festive season and Christmas Carols were as much about dancing as singing.

Production filmed in Canterbury for part of the series at Canterbury Cathedral, Canterbury High Street and Dane John Gardens. 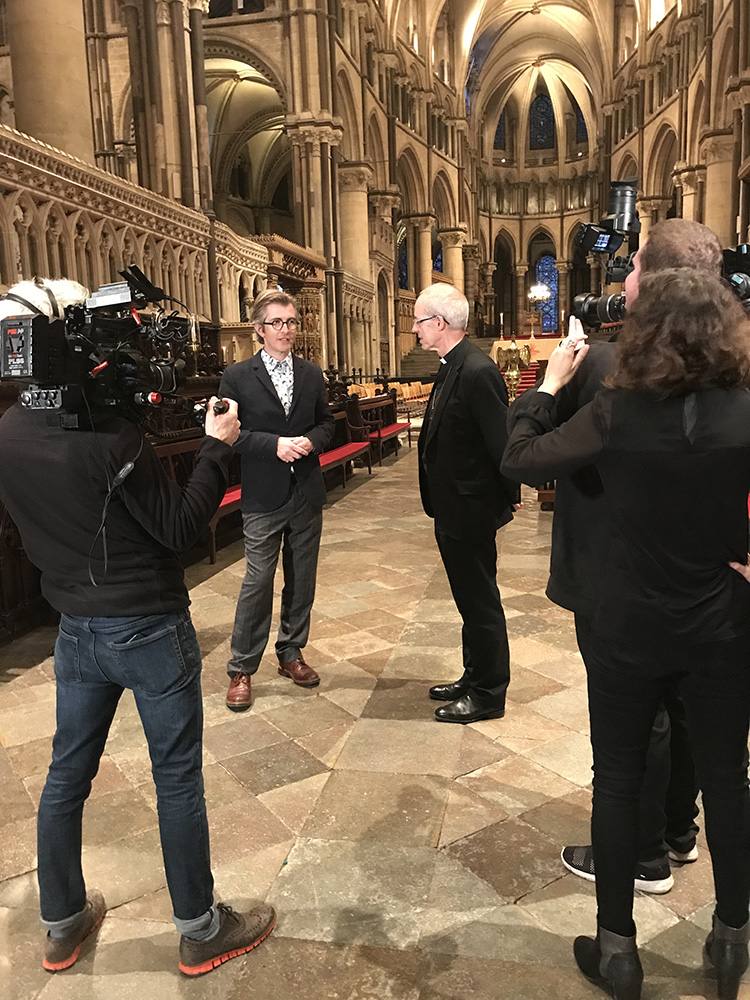 Canterbury Cathedral is a world heritage site and is the oldest and most renowned cathedral in England. Dane John Gardens is a historic park, which dates to 1551. The gardens afford an excellent view of the city and have the city wall along their border.

Canterbury is a popular filming location and has previously been used as a location for filming for Britain’s Great Cathedrals with Tony Robinson (2018) and Coast v Country (2017).