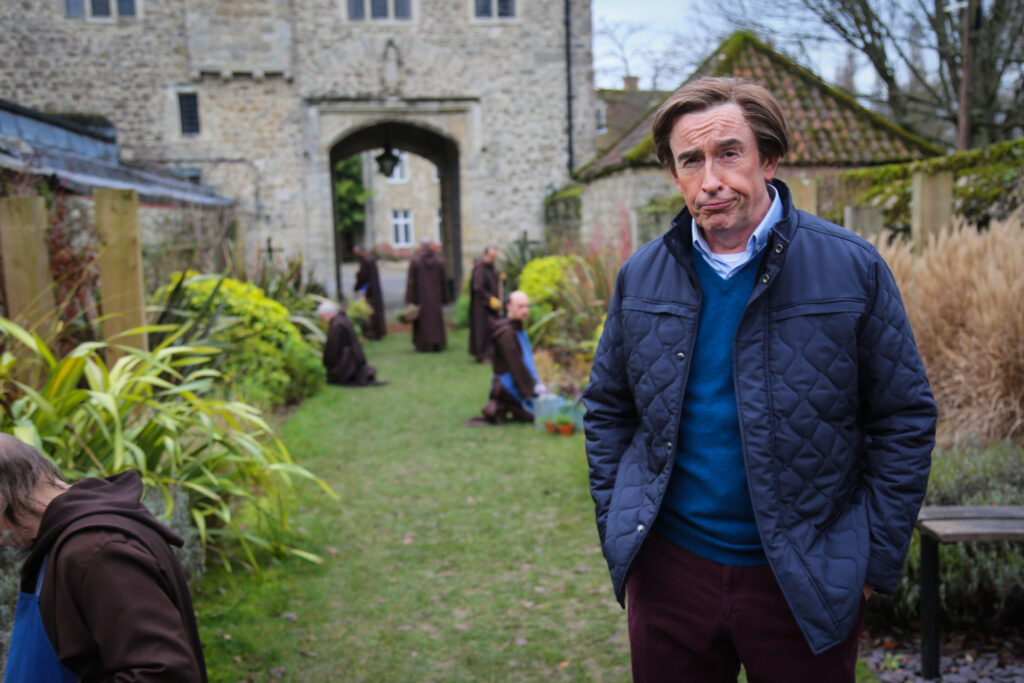 This Time with Alan Partridge (2021) starring Steve Coogan (The Wind in the Willows (1996), Stan & Ollie) returns to BBC One with a second series of the BBC evening magazine show ‘This Time’ where he is now established as the show’s co-presenter. This Time with Alan Partridge follows Alan on air and off as he tries to cling on to his position in the face of behind-the-scenes upheaval and his fears that his relevance is dwindling.

During filming, production visited Maidstone Studios, which doubled for the BBC studios, Blue Bell Hill Country Park and Aylesford Priory. Filming also took place at private residences, a nursery and on local roads around Blue Bell Hill and in the county town of Maidstone.

Just 45 minutes from London, Maidstone Studios is the UK’s largest independent studios. They are classed as a regional studio facility and have been home to some of the industry’s best loved television programmes from Later… with Jools Holland (2014-2017) through to Take Me Out (2014-2016).

Aylesford Priory situated at The Friars is an ancient religious house of the Carmelite Friars dating back to the 13th Century. The Friars is a place of peace where visitors can enjoy walks around the breathtaking grounds and stunning medieval buildings or visit the pottery to see local artisans at work. Bollywood film Rustom (2016) was partly filmed at Aylesford Priory.

Blue Bell Hill Country Park is located on the North Downs Way near Aylesford with uninterrupted views across the Weald valley. The five-hectare site is part of a Nature Reserve with the Kent Wildlife Trust.

This Time with Alan Partridge Series 2 begins on BBC One on Friday 30th April 2021 at 9:30pm and is available for catch up on iPlayer.