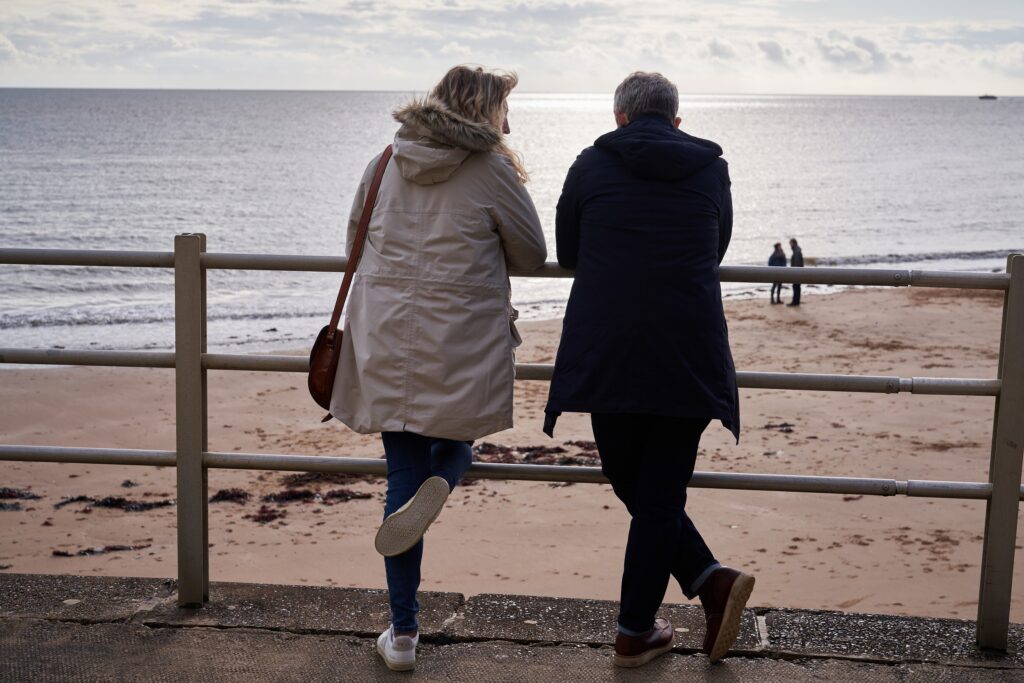 Martin Freeman and Daisy Haggard star in 10-part comedy Breeders (2021) as Paul and Ally, a married couple who are navigating the turbulent waters of parenthood.

Various scenes for Series 2 were filmed in Broadstairs and shot on location at The Funicular Coffeehouse, Victoria Parade, Louisa Bay, Harbour Street and Ocean Drive.

Victoria Parade provides visitors with a leisurely walk alongside Victoria Gardens and has stunning clifftop views of Viking Bay and Louisa Bay which have been featured in other shows, including Edge of Heaven (2014) and Derek (2013).

Once part of the Broadstairs Cliff Railway, The Funicular Coffeehouse overlooks Viking Bay which has welcomed films like Juliet, Naked (2018) and Hurricane (2018).

Breeders returns to Sky One and streaming service NOWTv on Thursday 27th May, with all 10 episodes being made available on demand.