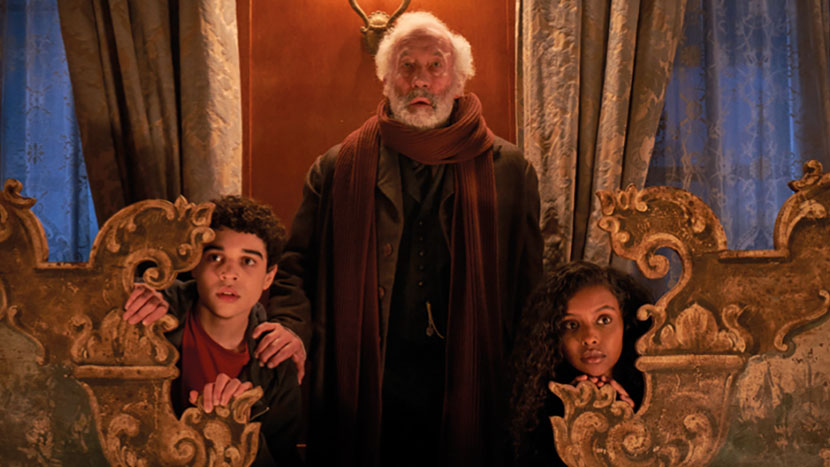 Based on the 1972 family film of the same name, The Amazing Mr Blunden (2021) tells the story of modern teenagers Lucy and Jamie, whose encounter with a mysterious old man called Mr Blunden leads to them becoming caretakers of an old country home. They soon discover that the home is haunted by the spirits of two young children, Sara and Georgie, and with the help of Mr Blunden, the two teens must travel back in time to save the children’s lives.

The production team visited Kent for their shoot, using Finchcocks in Goudhurst as Langley Park, the house the two teenagers are tasked with looking after. Built in 1725, Finchcocks is a fine early Georgian Manor set in 13 acres of parkland and gardens, with extensive views over the Kentish landscape. It is noted for its brickwork, with a dramatic baroque front elevation. For many years, the Manor played host to a Musical Museum, which housed around 115 period keyboard instruments, many of which have featured in TV and film themselves. Now operating as both a family home and a piano workshop retreat, Finchcocks has previously been used as the setting for a Pride and Prejudice sketch in the BBC show French and Saunders (1996).

The Amazing Mr Blunden will air on Sky and NowTV on demand on December 24th, 2021.