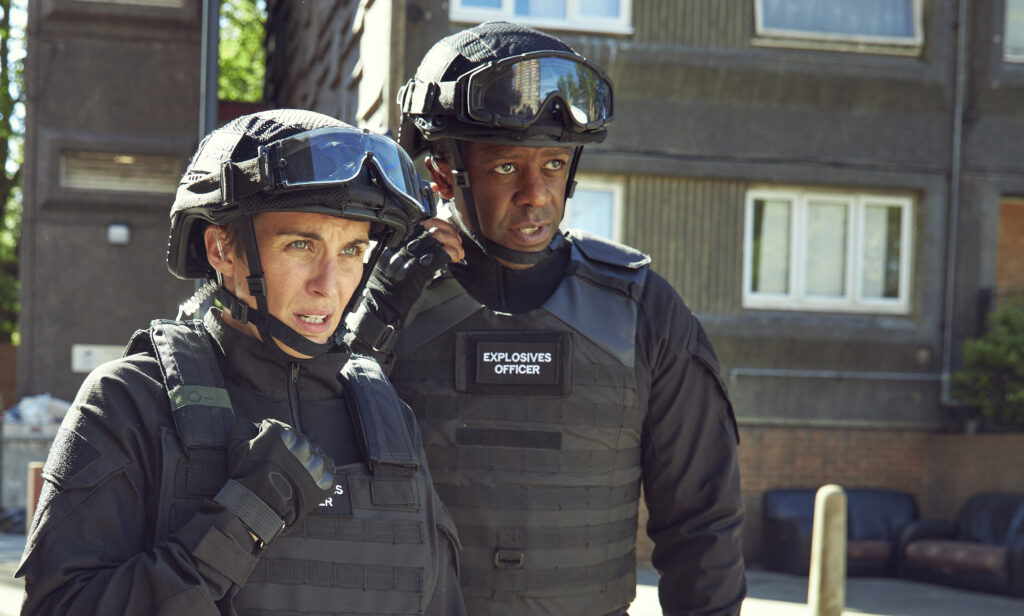 Set in contemporary London, Trigger Point (2022) depicts the dangerous lives of the members of a Bomb Disposal Squad known as Expo, led by veteran operative Lana Washington. When a series of improvised explosive devices begin to detonate across London, Lana suspects that Expo is the bomber’s true target.

A section of the Dartford Marshes owned by the Dartford Clay Shooting Club is featured in Episodes 3 and 4, when the unnamed bomber blows up a car and the police conduct a forensic examination. The nearby Joyce Green Lane features in Episode 6 as the police drive on their blues and twos to MOD Steepholme.

Located on the border of Kent, Dartford is a historic market town and perhaps best known for the Dartford Crossing and Bluewater Shopping Centre. Its combination of industrial and historical landscapes makes for a popular filming location. The Dartford Marshes border the River Thames and mark the boundary between Kent and the London borough of Bexley. Previous productions to have shot on the marshes include the Sky crime-drama Gangs of London (2020) and The Corrupted (2019).