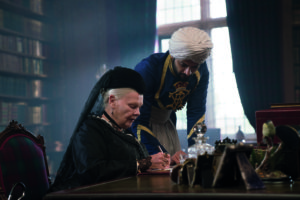 Writer:  Lee Hall, based on the book Victoria & Abdul by Shrabani Basu 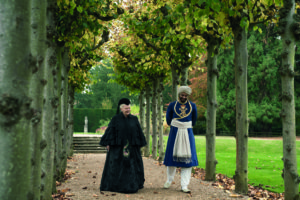 The BBC’s newest biopic feature, Victoria and Abdul, tells the story of the unlikely friendship between Queen Victoria (Dame Judi Dench) and her servant Abdul Karim (Ali Fazal). The film is based on the book Victoria &Abdul: The True Story of the Queen’s Closest Confidant, by Shrabani Basu.

(The Sixth Sense and An Education), Michael Gambon (The Harry Potter Series and Sleepy Hollow), Eddie Izzard (Valkyrie and Ocean’s Thirteen) and Adeel Akhtar (The Dictator and Pan).

The production filmed at The Historic Dockyard Chatham on The HMS Gannet and the quayside adjacent to the ship.

Victoria and Abdul will be released in cinemas on Friday 15th September 2017.