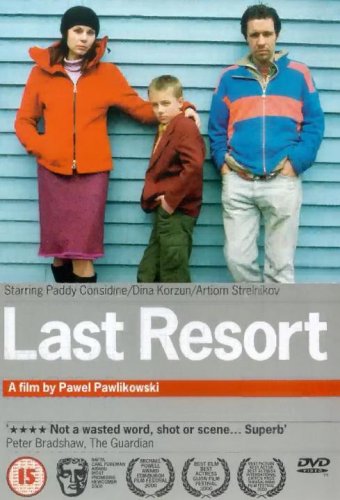 In director Pawel Pawlikowski’s debut feature film, a young Russian woman named Tanya (Dina Korzun) travels to the UK with her son, hoping to begin a new life with her fiancé. On arrival, airport security immediately question her intentions and feeling trapped, Tanya makes a rash decision to apply for political asylum. While their claim is considered, the pair are taken to the fictional seaside town of Stonehaven. Unable to get hold of her fiancé, Tanya has to face the reality that returning home isn’t going to be a quick or easy process and turns to arcade worker Alfie (Paddy Considine) for help.

Margate, in Thanet doubled as the fictional seaside town of Stonehaven, and was the setting for the majority of the film. Margate has always been a popular destination for tourists who are attracted to its beautiful beaches, harbour, arcades, and historic architecture. The town has previously welcomed programmes such as Edge of Heaven (2014) and Only Fools and Horses: The Jolly Boys Outing (1989).