Kent Locations Used: The Port of Ramsgate, The Port Of Dover and The White Cliffs of Dover

Will is a feature film about a recently orphaned 11-year-old boy on his journey to Istanbul to watch his favourite football team play in the Champions League Final. Along the way, he overcomes many challenges and meets some interesting people who help him through his journey.

Will is played by Perry Eggleton in his first role in a feature film, starring alongside Damien Lewis (Homeland, Band of Brothers, The Escapist) and Bob Hoskins (Mona Lisa, Hook, Enemy at the Gates).

The production filmed in Kent in May 2010 at The Port of Ramsgate, The Port Of Dover and The White Cliffs of Dover. The locations feature in the film at the start of Will’s journey to Istanbul, as he smuggles himself onto a freight lorry in order to cross the sea to France.

The The Port of Ramsgate is set on 32 acres of dedicated port land, and is owned and operated by Thanet District Council. Ramsgate itself is a popular historic town and boasts England’s only Royal Harbour. The area has previously been seen on screen in productions such as Eastenders (2015), Not Going Out (2013) and Ruby Blue (2008).

The White Cliffs of Dover are a natural icon of England and they form part of the English coastline facing the Strait of Dover and France. The Port Of Dover is the UK’s busiest passenger Port. The Dover area has featured in productions such as The Tunnel (2013), Sherlock Holmes – A Game of Shadows (2011) and On a Clear Day (2005).

Will was released November 2011 and you can buy it to watch on DVD. 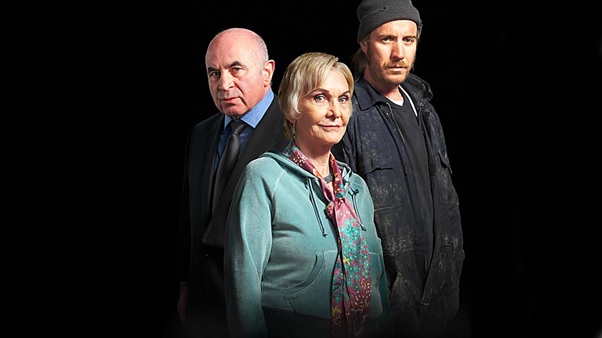 Directed and Written by: Jan Dunn

The film is set in Ramsgate and several locations feature as themselves such as The Falstaff Inn, Ellington Park, The Granville, Ramsgate Port, and the High Street. Ramsgate is England’s only Royal Harbour, boasting of a rich history and has high speed rail links to London. Also Thanet Offshore Wind Farm, which can be seen in the film, is visible from the coastline on a clear day.  Ramsgate has since welcomed further media productions such as Big Bad World (2013), True Love (2012) and The Calling (2009).

Barnsole Vineyard in Canterbury is used as the location of Rosie’s (Angelica O’Reilly) place of work in the film. The same Vineyard also features in The Calling (2009).

Ruby Blue was first released in cinemas in 2007 and is now available to buy on DVD.

The film, an adaptation of William Makepeace Thackeray novel, follows the fortunes of Becky Sharp (Reese Witherspoon), an ambitious woman living in the 19th century. An orphan, she leaves her home to become a governess and has a keen interest in advancing herself.

Constantly casting her eye over eligible men with handsome fortunes, her endeavours are constantly met with society’s disdain. The film follows her life over 20 years through her trials, wars and adventures. Becky is determined to make her way in the world and her determination results in some disastrous consequences for herself and others.

The Historic Dockyard Chatham, offered up its Old Paint Store to the production, once again providing the perfect film location.

The Historic Dockyard Chatham is set over 80 acres and contains over 100 Georgian and Victorian buildings. It is a popular filming location and has been  used for productions such as Muppets Most Wanted (2014), Call the Midwife (2012-2014) and  Sherlock Holmes  (2009).

Vanity Fair was released in January 2005 in the UK and is now available to buy on DVD. 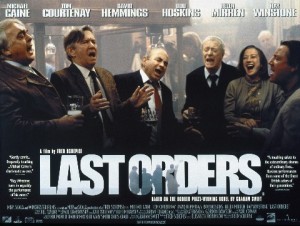 Rochester was used as a stop off during the friend’s journey and you can see them drive over Rochester Bridge and also walk down the high street. Rochester is a historic City that boasts an impressive cathedral and castle and has many links with Charles Dickens. Previous productions to have filmed in the area include The Mystery of Edwin Drood (2012)and Veer (2009).

The Mount in Old Wives Lees was also one of the stop offs on the groups journey and is used for the flashback scenes of how Jack met his wife Amy. Neighboring village to Chilham, has a remarkable fifteenth century square of black and white timbered buildings and has been used for a variety of filming projects including Channel 4 comedy Chickens (2011)and Miss Marple – The Moving Finger (2005).

Canterbury Cathedral was used within the film as the characters make a stop to the grounds and look around the Cathedral. Canterbury is a vibrant City with parks and open spaces, shopping areas and neighbouring quaint, traditional towns. Previous productions that have shot in Canterbury include Canterbury Tales (2003).

Margate features in the final scenes of the film where the men scatter Jack’s ashes from the harbor arm. Margate is a delightful seaside town with a sandy beach, harbour, arcades, and period housing. The Old Town has lots to offer including galleries, quirky shops and trendy cafes. Margate is a popular location having previously welcomed productions such as BBC One’s improvised drama True Love (2012).