Based on the best selling novel by Cornelia Funke, Inkheart is about Mo ‘Silvertongue’ Folchart (Brendan Fraser – The Mummy) who has a special gift when reading aloud: the characters come to life. One night, he unknowingly brings to life three characters from a novel entitled Inkheart who kidnap him. Now it is up to Mo’s daughter Meggie (Eliza Bennett – Nanny McPhee) and her great-aunt Eleanor (Helen Mirren – The Queen) to rescue him from the cruel dictator Capricorn (Andy Serkis, Lord of the Rings) and return the characters back to the pages of Inkheart. Alongside her real and fictional friends, Meggie learns the importance of family and having a place to call home.

Hever Castle was used for three weeks for the filming of Inkheart, transforming the historical site into the Italian lakeside home of Great Aunt Elinor as the historical home of Anne Boleyn and the beautiful Italian gardens complete with a lake were ideal for this family-orientated fantasy film.

Hever Castle is a thirteenth century Tudor castle near Edenbridge, Hever which was originally the home of the Boleyn family. Hever Castle is a popular filming location with its stunning Italianate gardens, beautiful lake and a mock Tudor village.  Hever Castle has also be used for other productions such as  Walking through History (2013),  The Other Boleyn Girl (2008) and Anne of a Thousand Days (1969).

Inkheart was released in cinemas in December 2008 and can now be bought on DVD. 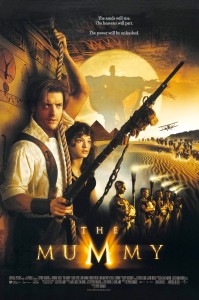