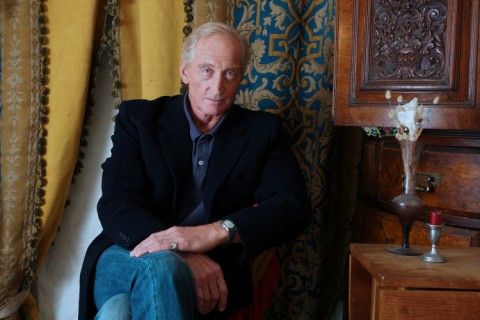 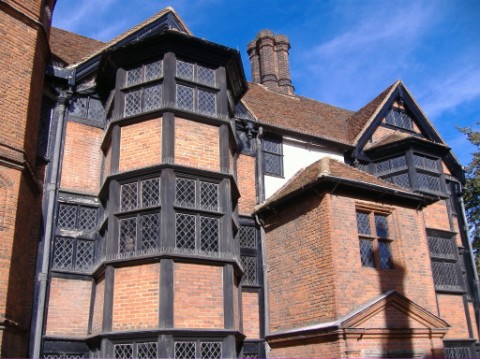 Journalist Mike Sullivan (Vinnie Jones) investigates a series of murders that occur after the discovery of an unpublished Charles Dickens’ manuscript. As Sullivan grows obsessive over the novel and its connection to his investigation, he seeks the help of police officer Kate (Julie Cox) and a beach-combing tramp  (Derek Jocobi) who together unravel a century-old crime hidden within the manuscript which enables them to solve the modern-day crime.

The Riddle production team visited Sittingbourne Greyhounds Racing Track to shoot the opening sequence of the film where sports tabloid journalist Mike Sullivan (Vinnie Jones) is reporting on a dog race. What fans may not know is that Jones has been known to race his own greyhound, Smoking Bullet, at the stadium!

Sittingbourne falls under the district of Swale and The Riddle isn’t the only filming project to visit the district. Brogdale Farm in Faversham saw The Hairy Bikers visit in 2009 and the Shepherd Neame Brewery featured in The Darling Buds of May series.

Another location to feature was the Chislehurst Caves in Bromley as they were the perfect location to act as the home to Derek Jacobi’s beach combing tramp.  Chislehurst Caves has over 200 miles of caverns dug over a period of 8000 years and three distinct sections, Druid, Roman and Saxon and has also been used in filming for Doctor Who in 1976 and more recently for BBC’s Merlin.

The film was released in cinemas in September 2007 and is now available on DVD.

Famed as Dickens’ unfinished novel, the acclaimed author died in 1870 leaving the ending of the book a mystery forever.  Although both story and film are named for Edwin Drood, the narrative focuses on Drood’s uncle, choirmaster John Jasper, who is in love with his pupil Rosa Bud. Miss Bud is Edwin Drood’s fiancé, but she has also caught the eye of the hot tempered Neville Landless who arrives with his sister Helena. Landless and Drood take an instant dislike to one another just before Drood disappears under mysterious circumstances.

The Mystery of Edwin Drood was scheduled to be published in twelve monthly instalments, each costing one shilling. However Dickens’ died after the publication of the sixth instalment, leaving the story approximately half complete.

Much of the film is set in the fictional city of “Cloisterham”. Dickens was inspired by Rochester when writing many of his novels, including The Mystery of Edwin Drood, so it was only fitting for Director Timothy Forder to shoot the film in the great city itself.

Familiar Rochester sites will include Rochester Cathedral which doubled as Cloisterham Cathedral as well as Rochester Castle, which can be seen in the background of many shots. A row of Edwardian houses near the Cathedral called Minor Canon Row also appears in the film as Cloisterham streets. Famous actress Dame Sybil Thorndike lived at number 2 Minor Canon Row after growing up in Rochester City. Her final TV appearance was 6 years before her death in The Great Inimitable Mr Dickens, a story of the life of the author starring Anthony Hopkins.

Rochester Cathedral is of special significance regarding Charles Dickens. The author expressed a wish to be buried opposite the west front in the Castle moat which then formed part of the graveyard of St Nicholas Church. The spot is marked with a commemorative plaque and Dickens’s ghost is said to haunt the area. Inside the Cathedral, to the right of the Presbytery, by the magnificent Chapter room door, is another brass plaque memorial to Dickens. At 3pm on the last Sunday of the Summer during the Dickens festival held in early June each year, a garland of scarlet geraniums (his favourite flowers) are laid here during a service commemorating his life.

The city of Rochester is the home to many locations that feature in the classic Dickens novels. Chertsey’s Gate on Rochester High Street was the inspiration for Mr Jasper’s home in The Mystery of Edwin Drood and Topes Restaurant for the house of Mr Tope, the verger in The Mystery of Edwin Drood, where the character of Mr Datchery also stayed when visiting “Cloisterham”.

The Mystery of Edwin Drood also features in the Kent Film Office Dickens Trail which lauched in 2012: https://kentfilmoffice.co.uk/kent-movie-map/dickens-movie-trail/

The film was released in cinemas in 1993 and is now available to buy on DVD.