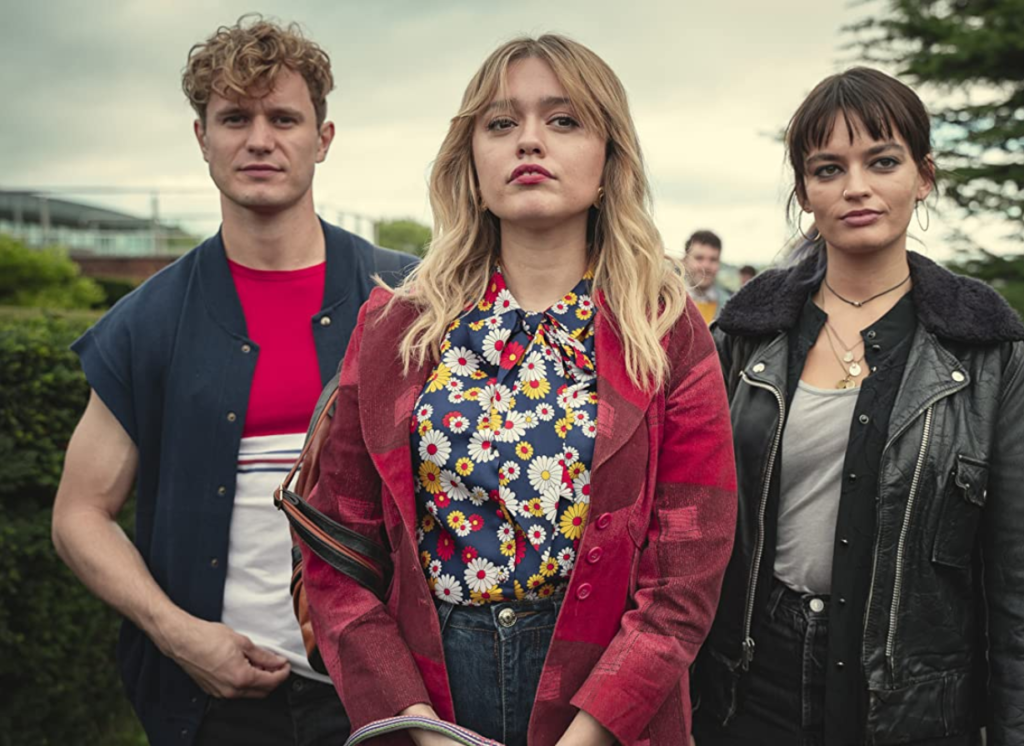 During filming, production visited Shorncliffe Military Cemetery in Sandgate which doubles as a WWII cemetery in France in Episode 5, and The Hawthorne Trench near Canterbury which doubles as a WWII trench experience in France in the same episode. Production also visited the Harbour Arm in Folkestone Harbour to film a scene for Episode 7 with Maeve (Emma Mackey) and Aimee (Aimee Lou Wood) reuniting with Maeve’s younger sister. Sandgate is a village in the Folkestone and Hythe district of Kent, it has a pebble beach, two castles and Martello Towers. A recent TV drama filmed in the area which is due to air in 2022.

Folkestone is a seaside town with an elegant clifftop promenade, a coastal park, fishing harbour and Victorian cliff-top lifts. Folkestone Harbour is a popular filming location, recent TV dramas to film here include Back to Life Series 1-2 (2019-2021) and Pistol (2022).

The third series of Sex Education will be released on Netflix on Friday 17th September 2021.