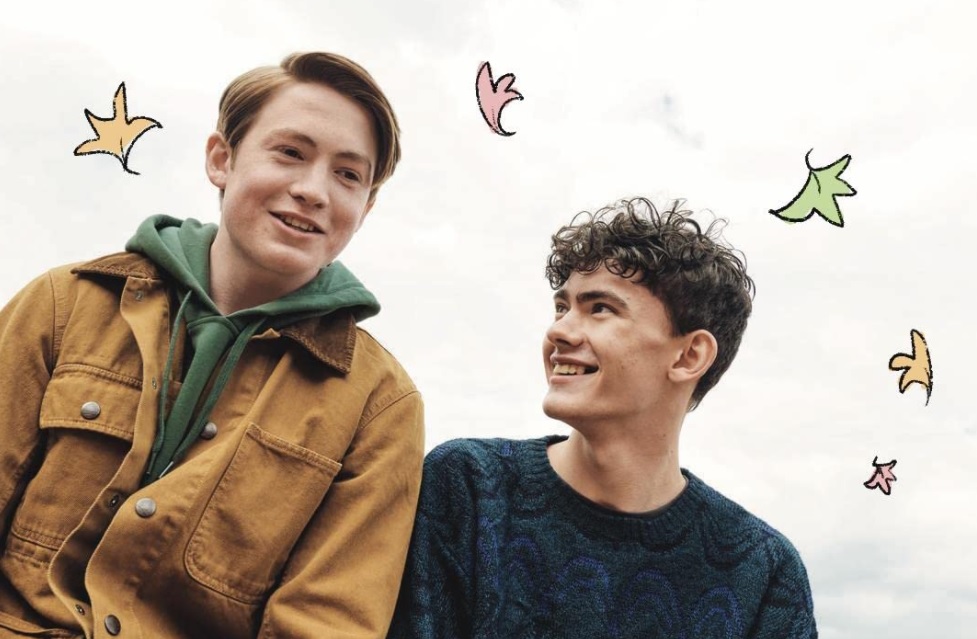 Heartstopper (2022) is an adaptation of Alice Oseman’s graphic novels which tell the story of Charlie, played by newcomer Joe Locke, and Nick played by (Kit Connor (His Dark Materials, Rocketman), who meet at an all-boys grammar school and become friends before falling in love. This is a story of love and friendship and deals with issues such as coming out and mental illness. The first season will have eight episodes, each 30 minutes in length and will air on Netflix.

Heartstopper is written and created by Alice Oseman and directed by Euros Lyn (Doctor Who, His Dark Materials). Joining lead actors Joe Locke and Kit Connor are Corinna Brown (The Show Must Go Online, Daphne) as Tara Jones and Sebastian Croft (Game of Thrones, Where Is Anne Frank) as Ben Hope.

During filming, production visited Herne Bay to film a short scene for Episode 8, where Nick and Charlie visit the seaside and decide to go public about their relationship. Locations featured include the Pier, beach and town centre.

Herne Bay is a coastal resort which is home to the world’s first free-standing purpose-built clock tower. Herne Bay Beach is a shingle beach, lined with beach huts stretching from Herne Bay to the Yacht Club at Hampton Pier. On a fine day, there are views to Reculver to the east and Whitstable, Isle of Sheppey, and Southend to the west.

Heartstopper is due for release on Netflix on Friday 22nd April 2022.