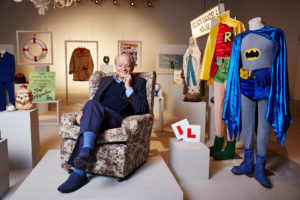 This informative three part documentary series follows national treasure Sir David Jason  on a journey charting his life on screen. He travels across Britain to explore how his career in TV developed, talking to people who inspired and helped him along the way,visiting film locations from some of his most memorable shows. 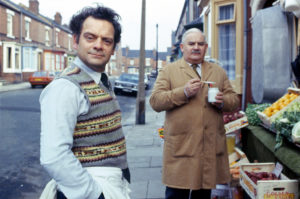 In Episode 2, David heads to Margate, the setting for the classic Only Fools And Horses episode The Jolly Boys Outing.

In the 3rd episode of the series, Sir David travels to Bethersden in Kent to visit the  legendary Darling Buds of May Farm.

The seaside town of Margate is home to the popular Dreamland amusement park, the Turner Contemporary modern art gallery alongside its harbour and sandy beach areas. Previous filming here includes The Tunnel: Sabotage (2016), The Carer (2016), Coast (2014) and Last Orders (2002)

Bethersden is a small friendly village located just outside of Ashford, Kent, surrounded by beautiful countryside.

David Jason: My Life on Screen starts on Saturday 26th August on Gold at 6pm with episodes 2 and 3 airing on Sunday 27th and Monday 28th August.