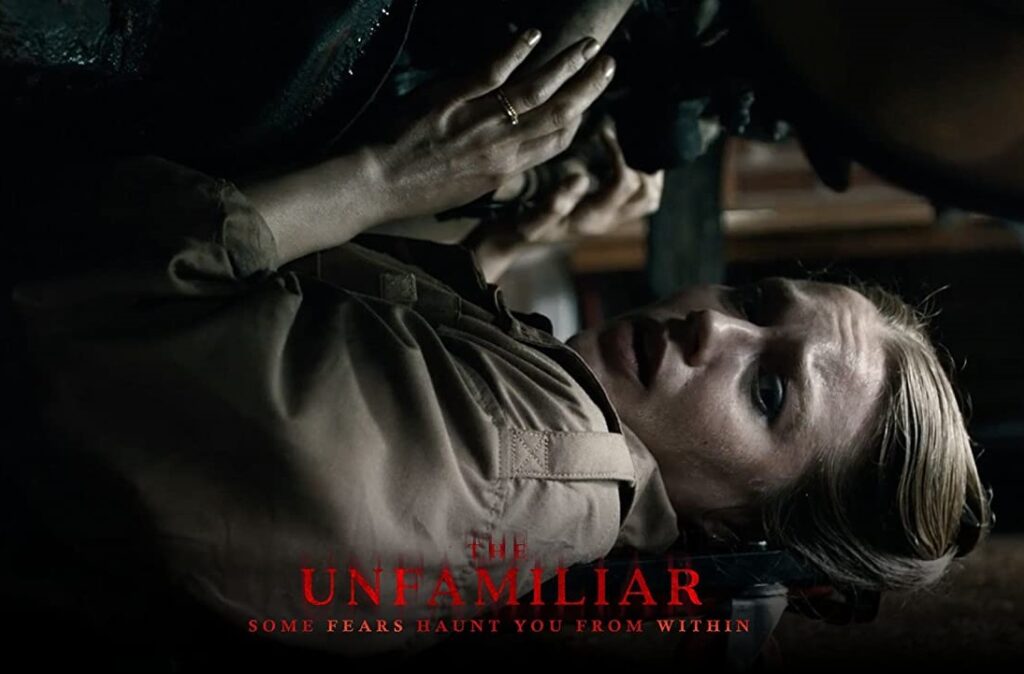 The Unfamiliar (2020) is a horror film that features an army doctor returning from war. Initially believing she is suffering from PTSD, Izzy (Jemima West) begins to wonder if  there are supernatural forces toying with her as all she once knew becomes unfamiliar.

The Unfamiliar is written and directed by Henk Pretorius (Transference, Leading Lady). The Film was also written by Jennifer Nicole Stang (The Whistler, Hello). Made up of a cast of only six people, the Horror stars Jemima West (The Mortal Instruments: City of Bones), Christopher Dane (Once One, Vikings), Rebecca Hanssen (A Christmas Carol, Two), Harry McMillan-Hunt (Space Sailor), Rachel Lin (Casualty, EastEnders) and Tori Butler-Hart (Real, Edie)

The psychological horror is set at Home Farm in Swale. Home Farm is a Colonial style, weather boarded villa with a veranda’s overlooking the countryside bordered by woods.  Inside, high rooms are decorated in a vintage chic style, with reclaimed wood floors, radiators and chateau doors. Previous productions to have filmed here include The Autopsy of Jane Doe (2017) and Juliet, Naked (2018).

The Unfamiliar is due for release on 11th September 2020 on Amazon, Sky Store, Google Play, Apple TV and other digital channels.