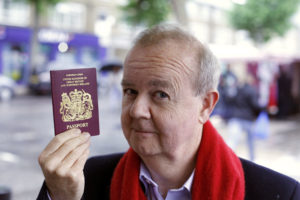 BBC Two programme Who Should We Let In? Ian Hislop on the First Great Immigration Row explores how Britain’s attitude towards immigration changed from the Victorian era up to World War I.

As Britain prepares for Brexit, Ian Hislop looks at how rising numbers in migrants and stoking from the press caused economic concerns and a divide in public values leading on to a somewhat familiar sounding national debate.

The programme visited various locations around Folkestone including the harbour, Sunny Sands and The Leas.

Folkestone is a seaside town with a bustling harbour, coastal park and quaint old high street. The area has previously welcomed filming from productions such as The Tunnel (2013), Question Time (2016) and Great Railway Journeys (2016)

Who Should We Let In? Ian Hislop on the First Great Immigration Row airs on Thursday 22nd June at 21.00 on BBC Two.