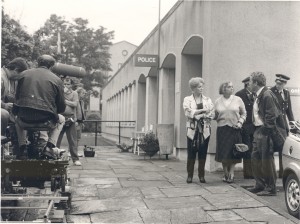 Behind the scenes, Moon and Son at Civic Centre, Folkestone © Shepway District Council

Moon and Son is a 13-episode BBC series created by Robert Banks Stewart (Doctor Who, My Uncle Silas), which follows a professional fortune teller, Gladys Moon (Millicent Martin), and her son Trevor (John Michie) as they solve a multitude of mysteries.

The production filmed at a variety of locations in Kent and in Nord-Pas-De-Calais across the Channel. Folkestone is the main UK setting and hometown of the Moons. Folkestone Harbour is also used frequently as the Moons travel between Folkestone and Boulogne. The Folkestone area has been used for previous productions including The Tunnel (2013) and Everyone’s Going to Die (2013).

Wittersham Road Station, which is part of Kent and East Sussex Railway, features as a hideout in episode two. It is a versatile historic railway that boasts an extensive list of production credits including Mapp and Lucia (2014) and Last Passenger (2013). 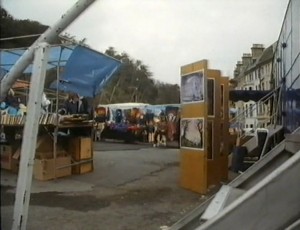 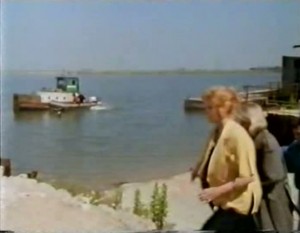 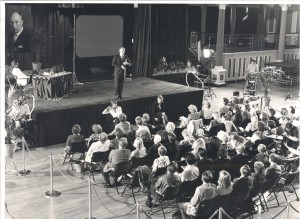 Behind the scenes, Moon and Son at Leas Cliff Hall © Shepway District Council 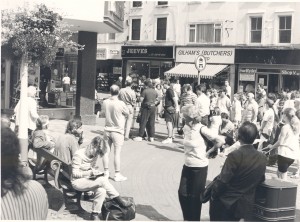 Behind the scenes, Moon and Son at Guildhall Street © Shepway District Council 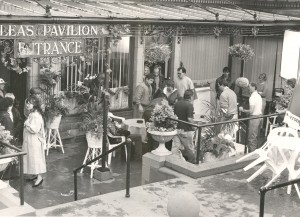 Behind the scenes, Moon and Son at Leas Pavilion © Shepway District Council 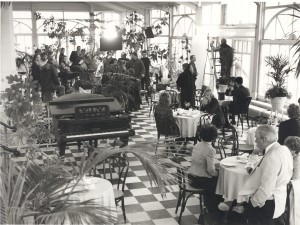 Behind the scenes, Moon and Son at The Grand © Shepway District Council 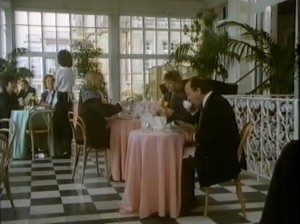 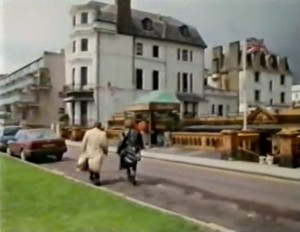 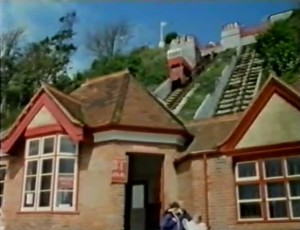 The Oare Marshes appear as the location for Mr Marsh’s (Gregory Floy) business in episode two and again as the quarry lake where his body is discovered. The Oare Marshes is a reserve consisting of one the few grazing marshes left in Kent. Other productions to have filmed there are A Taste of Britain (2014), Channel 4’s Southcliffe (2013) and Great Expectations (2012).

Chilham Castle, a historic building set in the Tudor village of Chilham features as Lady Doddington’s Estate in episode nine of the series. The village of Chilham has welcomed other productions including BBC’s Emma (2009), Miss Marple – The Moving Finger (2006) and Dempsey and Makepeace ‘Cry God for Harry’ (1985).

Crabble Corn Mill also features in episode nine as Denham’s Auction House. Recognised as one of Dover’s hidden treasures, Crabble Corn Mill is one of the most complete working Georgian watermills. Dover has often been seen on screen, in particular Dover Castle, in productions such as The Apprentice (2015), Avengers: Age of Ultron (2015) and The Other Boleyn Girl (2008).

The Old Boatmen’s Room on Deal’s Marina doubled as Basil’s Chapel in episode 10. Deal boasts a stunning seafront and pier, as well as two Tudor castles and a thriving high street. Other productions to have filmed in Deal include Legacy (2013) and Ruby Blue (2007).

Other locations that appear in Moon and Son include the palm court at Folkestone’s The Grand, which features frequently as Gladys’ preferred haunt for tea. Additionally, The Leas Cliff Hall is home to the final show down of episode two and The Romney, Hythe and Dymchurch Railway features in episode twelve as the location of hidden diamonds.