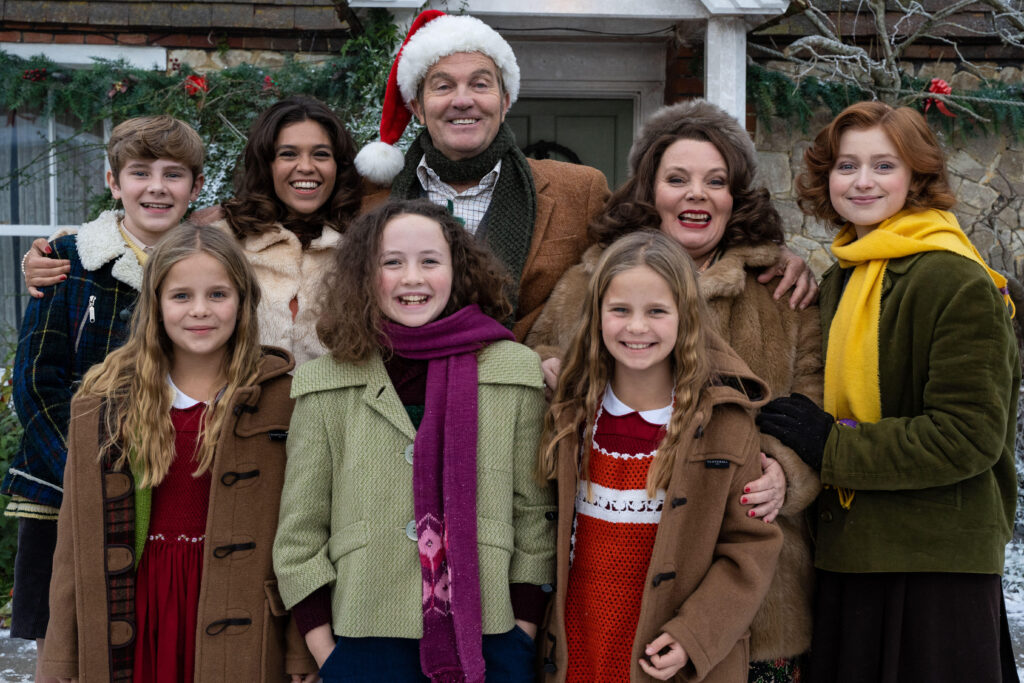 ITV’s The Larkins (2021) returns for a ‘perfick’ Christmas special. The show is a brand-new adaptation of beloved HE Bates’ novel The Darling Buds of May. The comedy drama series stars Bradley Walsh (Doctor Who, Law & Order: UK, Coronation Street) as Pop Larkin, Joanna Scanlan (After Love (2021), Stardust, Getting On) as Ma Larkin, Peter Davison (Call the Midwife (2020), Doctor Who, Gentleman Jack) as The Vicar, Sabrina Bartlett (Bridgerton (2020), Victoria, Game of Thrones) as Mariette Larkin and Tok Stephen as Cedric ‘Charley’ Charlton (Silent Witness, Holby City, Grantchester).

Bradley Walsh takes on a role originally played by David Jason (Still Open All Hours, Only Fools and Horses) in The Darling Buds of May (1991 – 1993), a story about the lives of the working class May family. Both the 1990s series and the remake are based on the HE Bates’ novel.

The Christmas special promises to be a tumultuous time for the Larkin clan. With the upcoming village pantomime, Mariette (Sabrina Bartlett) and Charley (Tok Stephen) taking their relationship to the next level, and a spate of burglaries that rock the entire village, rest assured, the Larkins will be on hand to save the day.

The Larkins is written and created by Simon Nye (The Durrells, Finding Alice) and Abigail Wilson (Trollied, Stella) and the series was directed by Andy De Emmony (The Bletchley Circle, The Nest). 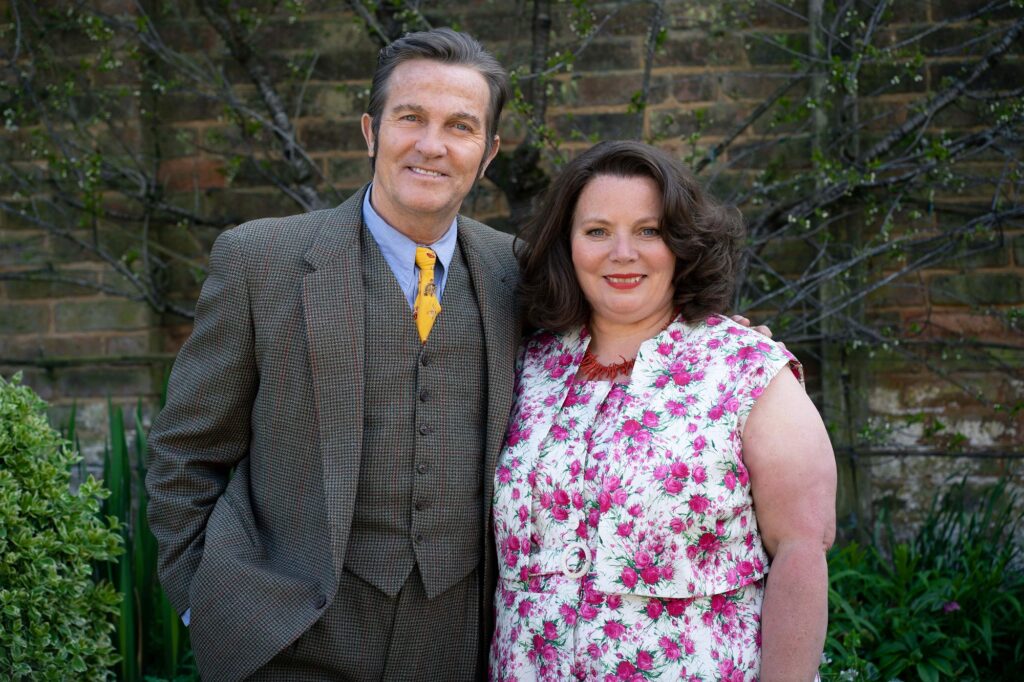 During filming of Series 1, as well as the Christmas Special, production filmed in various farms and villages in North Kent for the setting of the family farm and village.

In Episode 3, Victoria Gardens and Viking Bay in Broadstairs feature when Ma and Pop Larkin go on a holiday to Margate. Faversham town and the Guild Hall feature in the same episode as Margate town and the Registry Office, where Ma and Pop rescue a runaway bride. The Walpole Bay Hotel & Museum in Margate also features in Episode 3 as the Margate Grand Hotel where Ma and Pop stay.

The Larkins enjoy strawberry picking in Episodes 4 and 5, and these scenes were filmed at Stonepitts Farm near Sevenoaks. Filming also took place at Long Barn in Sundridge, which became Seth’s Cottage in Episode 6, and Squerryes Court in Westerham became Bluff Court in Episodes 2 and 6, and the interior of Reg’s guesthouse in Episode 2.

The Walpole Bay Hotel & Museum in Margate was built for discerning guests in 1914 and extended in 1927. The hotel has five floors and 42 bedrooms and a museum space. The décor and layout is versatile to suit many eras and the hotel provides cast and crew accommodation and on road parking in a quiet cul de sac. Margate is a traditional seaside town complete with sandy beach, harbour, amusement park, period housing and modern art gallery Turner Contemporary. Recent productions to film in Margate are Whitstable Pearl Series 1 (2021), Two Weeks to Live (2020) and Pandemonium (2020).

Located on the River Darent, Eynsford has some distinctive features including its viaduct, ford and ancient ruins and is part of the Sevenoaks district. Stonepitts Farm sits at the foot of the North Downs in Seal, near Sevenoaks, with magnificent views over the beautiful Vale of Holmesdale that has been a local landmark for hundreds of years.

Squerryes Court in Westerham is a beautiful 17th century manor house which has been the Warde family home since 1731. It is surrounded by 20 acres of attractive and historic gardens which include a lake, restored parterres and an 18th century dovecote. Westerham is a very busy village on a through road near Sevenoaks. Recent productions to film in the Sevenoaks district include The Cleaner (2021), The First Team (2020) and Great British Railway Journeys Series 11 (2020).

Chiddingstone is one of the oldest and most picturesque villages in Kent. It’s described as the most accurate example of a surviving Tudor village in the county, complete with half-timbered frames, gables and stone hung red-tiled roofs. Previous productions to have filmed in Chiddingstone include A Room with a View (1986) and The Wind in the Willows (1996).

The Larkins began airing on ITV on Sunday 10th October. All episodes are available to stream on ITV Hub.

The Christmas Special is set to air on ITV on Saturday 25th December 2021 at 9pm.