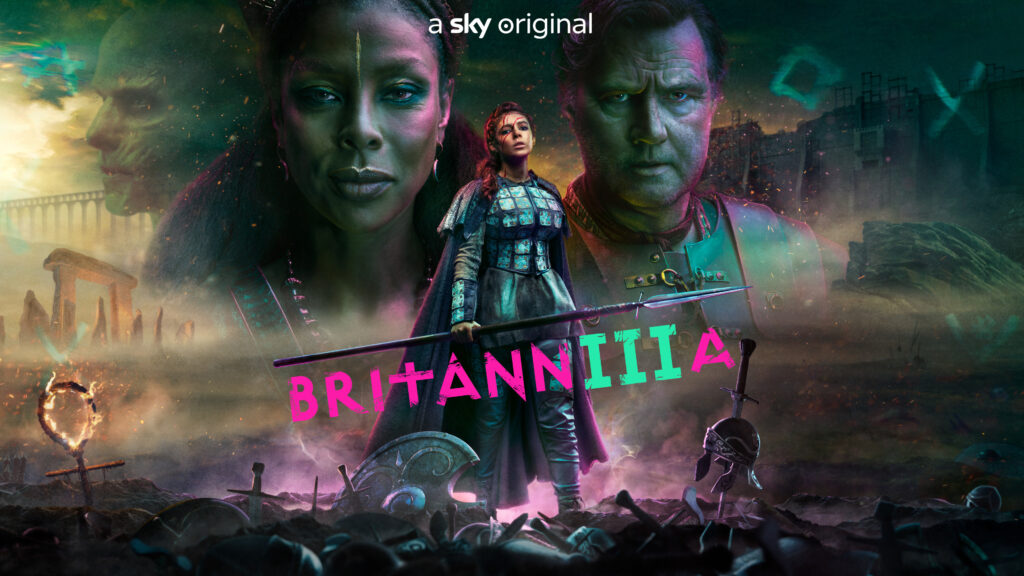 Britannia (2021) is a historical fantasy TV drama set in 43 AD as the Roman Army returns to subjugate Britannia, which is populated by Celtic tribes that include warrior women and powerful druids. Series 3 sees a radical transformation in Cait’s (Eleanor Worthington-Cox) journey as the Chosen One with a decision that will tie her to the future of her war-torn people and their ravaged land.

High Rocks in Tunbridge Wells features in Series 3 Episode 5 as the land of the Sunfolk, an all-female tribe of visually impaired warriors. High Rocks is a national monument and site of special scientific interest. It comprises acres of sandstone rocks linked by eleven bridges that provide a scenic walk through a tranquil woodland setting. The rocks were once a stone age camp and provided the perfect backdrop for this Celtic drama.

Britannia Series 3 will be available to stream on SKY Atlantic and NOW from Tuesday 24th August 2021.