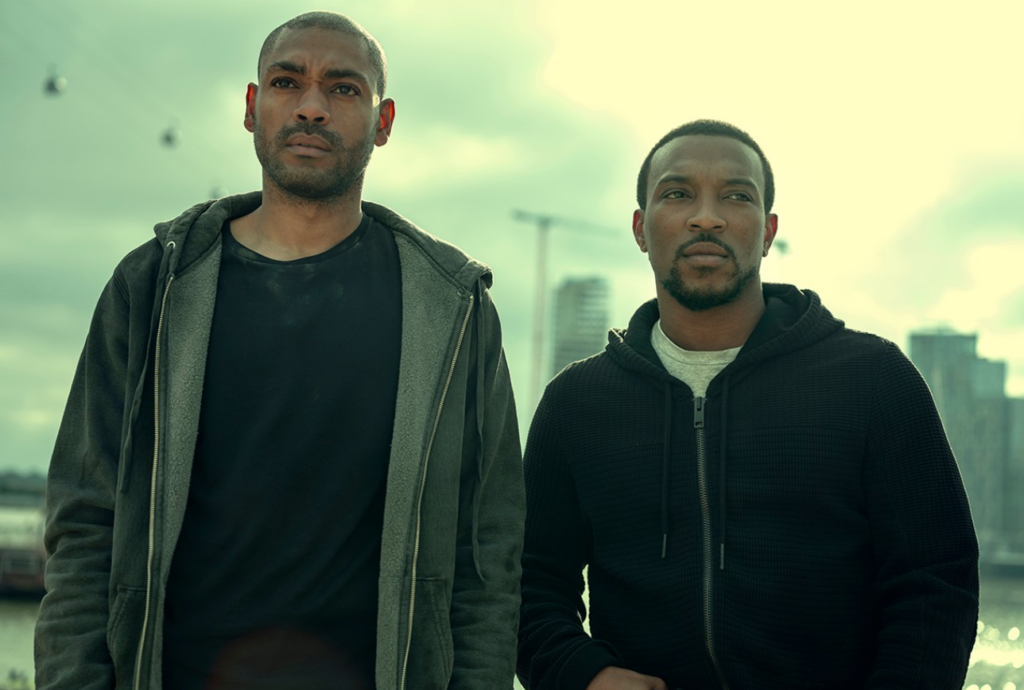 Top Boy (2019-2022) is a British drama series revolving around the life of Dushane (Ashley Walters (Figures of Speech, Bulletproof)), the leader of an underground drug operation, his friend Sully (Kane Robinson  (Tower Block, Point Blank)), troubled teen Jamie (Michael Ward (The A List, Small Axe (2020)) and their aim to become the richest men in town.

Axed by Channel 4 in 2013 after two series, the show soon found a new home on Netflix and the new Series  was produced by rapper Drake, a long-time fan of the show.

Season One follows the story of Dushane as he travels to Jamaica where he makes a deal with Sugar (Gilbert Chen), an imprisoned drug lord. When Dushane returns to the UK, he connects with some of his crew selling drugs in Ramsgate and tries to regain control. Back on Summerhouse estate, Dushane once again rises to Top Boy status despite resistance from the new crew in London Fields that is headed by teenager Jamie. Season Two continues to explore the rival dynamics between the two gangs.

Season One was written by Ronan Bennett (Gunpowder, Hidden) and Daniel West (Gunpowder) and directed by Reinaldo Marcus Green (King Richard, Monsters and Men), Brady Hood (Endeavour, The One) and Aneil Karia (Lovesick, Pure), with Episode 4 directed by the critically-acclaimed Nia DaCosta (Candyman, The Marvels).

In Season One, filming took place in Margate at Walpole Bay and Fulsam Rock Beach and nearby streets including Athelstan Road. Production also visited Ramsgate, where they filmed at Jacob’s Ladder, outside the Rose of England pub on the High Street and Ramsgate Train Station. In addition, Gordon Place in Gravesend played the role of the fictional ‘Summerhouse Estate’ in London.

In Season Two Episode 5, The Dockside Outlet Shopping Centre in Chatham features in a scene where Lauryn (Saffron Hocking) flees from her abusive boyfriend in a Liverpool shopping mall. Chatham is a historic town situated in Medway, North Kent, and is known for its historic dockyard, army barracks and high street. A recent production to film in Chatham is Great British Railway Journeys Series 11 (2020).

Gravesend is on the southern bank of the River Thames and boasts a cast iron pier, promenade and high street as well as international rail links at the nearby Ebbsfleet International station. The Gravesend area has previously welcomed film productions such as Killing Eve (2018-2022), The Escape (2018), and Doctor Strange (2016).

Top Boy Season Two was made available to stream on Netflix on Friday 18th March 2022.