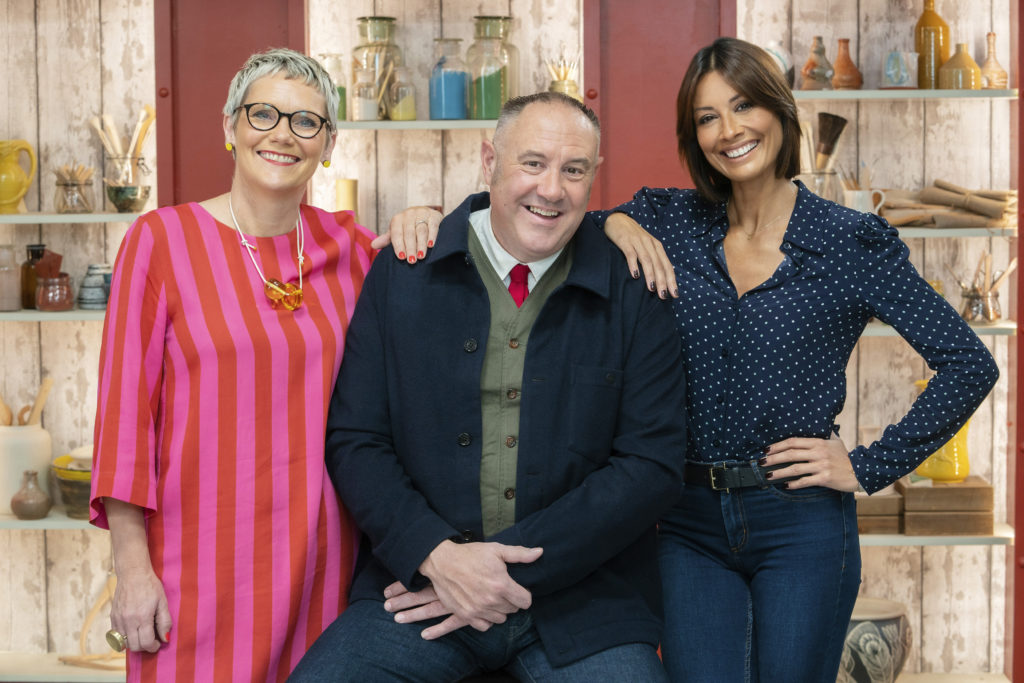 The Great Pottery Throw Down, now in its third series, is produced by the company behind The Great British Bake Off. The TV show sees home potters strive to create their most intricate and imaginative works as they compete to be crowned best at the wheel.

Master potter Keith Brymer Jones, a born and bred Londoner and a potter by trade, started his career in a studio in Whitstable, Kent, which is housed inside an old bakery. Here he throws shapes on his pottery wheel for various designers, a leading retailer and clients such as the National Trust.

One of the 12 contestants is Rainna Erbas who grew up in Bow, east London, but moved to Kent when she was 14, where she began her love affair with potting. She uses her whole house as a studio, including the kitchen and conservatory, but she can mainly be found throwing in a converted garden shed.

During filming production visited the woods behind Coxhill Gardens in Dover to go bird watching with Rainna.

Dover is the site of the famous The White Cliffs of Dover and has been used in previous productions such as Britain’s Most Historic Towns – Series 2 (2019) and Flog It! Series 17 (2019).

Whitstable is a bohemian seaside town which was famous for its oysters and is now famous for the harbour where sunbathing, swimming and water sports are popular including jet skiing. Furthermore, it has one of the oldest yacht clubs. Previous filming here includes Flirty Dancing – Series 2 (2019)and Who Do You Think You Are? (2018).