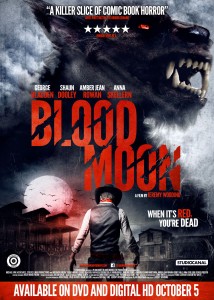 Renowned playwright James M. Barrie (Johnny Depp) having received bad reviews for his latest play, meets the Llewelyn Davies family when walking his dog to try and clear his mind. Barrie befriends the recently widowed Sylvia Llewelyn Davies (Kate Winslet) and her four adolescent sons, including Peter (Freddie Highmore). Confiding in Sylvia, Barrie discusses his unhappy childhood which may be the reason for his unwillingness to grow up. Creative and childish play with the boys inspires Barrie to write the now classic play ‘Peter Pan’ about a boy who never grows up.

Filming in various places in the UK. Production shot a short fantasy sequence at the Laredo Wild West Town. The town features in multiple fantasy playing sessions set in the Wild West, when Barrie (Johnny Depp) plays with the Llewellyn Davies boys.

Laredo Wild West Town is tucked away in the North Kent countryside and has previously featured in cult tv series Red Dwarf – Gunmen of the Apocalypse (1993).

Finding Neverland was released in UK Cinemas on 29th October 2004.