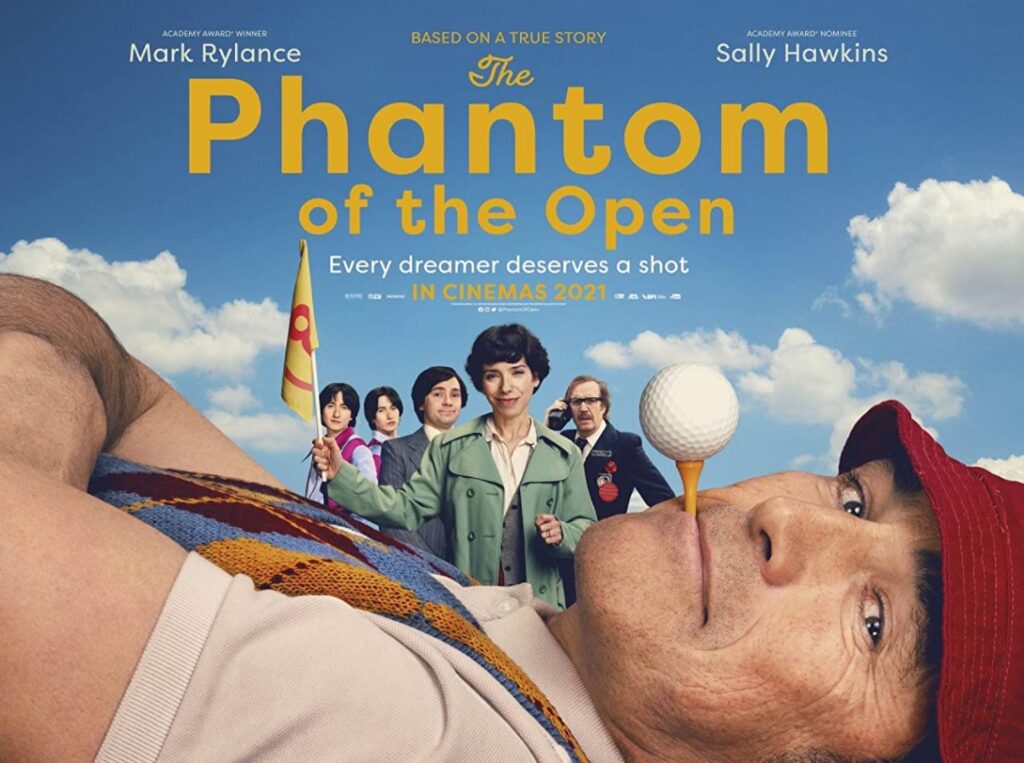 The Phantom of the Open (2022) is a feature film about Maurice Flitford, the fraudulent golfer who managed to con his way into several championship games in the 70’s despite not being able to swing a club.

Produced by Steve Coogan‘s company Baby Cow, the film was directed by Craig Roberts (Eternal Beauty, Just Jim), and stars Mark Rylance (Wolf Hall (2015), Bridge of Spies) as Maurice Flitcroft, Sally Hawkins (Tipping the Velvet (2002), The Shape of Water) as his wife Jean Flitcroft and Rhys Ifans (Harry Potter and the Deathly Hallows: Part 1 (2010), Temple Series 2 (2021)) as Keith Mackenzie. The film is based on the book ‘The Phantom of the Open’ by Simon Farnaby and Scott Murray.

During filming scenes were shot at Bedgebury Manor, Littlestone Golf Club and The Historic Dockyard Chatham.

Bedgebury Manor is a former boarding school set in 200 acres of parkland in the Weald of Kent. There are many facilities available for filming including a theatre and gymnasium suitable for set building, outdoor swimming pool, tennis courts, cricket and football pitch. In 2007, Series 3 of Tittybangbang (2007) filmed at this location.

Littlestone Golf Club is a traditional links golf course on the Romney Marsh with views across the English Channel to France. The course sits on 300 acres of the Romney Marsh and is a site of special scientific interest for flora and fauna and location for the CL Junior Open 2021.

Set on the River Medway, The Historic Dockyard Chatham was once an active Royal Navy shipyard and is one of the most popular Kent filming locations. Recent productions to film at the Dockyard include The Nevers (2021), Bridgerton (2020) and The Crown Series 1 – 4 (2016-2020).

The Phantom of the Open is due to release in UK cinemas on Friday 18th March 2022.