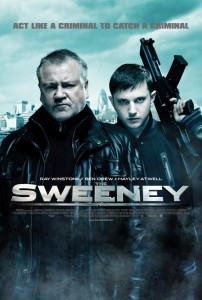 The popular 70’s British police drama series The Sweeney has been remade into a star-studded must see feature! Expect an action packed thrill ride with car chases, fight scenes and a bit of comedy thrown in for good measure!

The movie follows two hardened Flying Squad detectives in London’s Metropolitan police. Ray Winstone (The Departed, Last Orders) plays Detective Inspector  Jack Regan and singer and actor Ben Drew aka Plan B (Adulthood, Harry Brown) plays his loyal partner George Carter. Armed and dangerous, the pair tackle a bank heist and with the re-appearance of an old enemy will do whatever it takes to get the job done – even if it means defying orders of no nonsense ‘Guv’ Damian Lewis (The Escapist, Homeland).

The production visited the Isle of Sheppey  to film a dramatic high-speed car chase using the Kent Film Office’s legal powers to close roads for filming. The chase also features a caravan park near the Minster Cliffs in Queenborough.  The Top Gear team assisted with filming the car chase scenes, which was featured in an episode earlier this year.

The Isle of Sheppey is in North Kent and boasts beautiful landscapes and coastlines as well as harbour towns and wildlife reserves.  The island is a popular destination for tourists as it has many holiday parks surrounding the beaches. The Isle of Sheppey has been seen on screen before on The Hide (2009) and Strawberry Fields (2012).

Don’t miss The Sweeney which is set for cinema release on September 12th 2012. 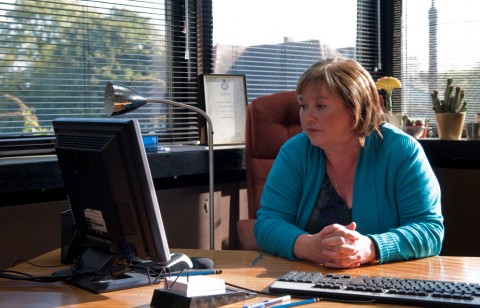