Rush is an action-drama biopic about the 1970’s Formula 1 rivalry between charismatic Englishman James Hunt and Austrian perfectionist Niki Lauda whose glamorous fast paced lifestyles and jobs as racing drivers push them to breaking point.

Rush has an award winning team behind it, with director Ron Howard (Da Vinci Code, Apollo 13) and writer Peter Morgan (Frost/Nixon, The Queen) having both previously won 2 Oscars.

The Rush production team visited Brands Hatch for 2 days in March 2012 and a further 2 days in May 2012 where it doubled as race tracks in Nurburgring, Monza and Firano.  The Brands Hatch  hospitality suite was used to set the fateful driver’s meeting where James Hunt (Chris Hemsworth) swayed the drivers to race despite the dangerous weather conditions.

Brands Hatch, is in Swanley in the Sevenoaks district of Kent and is a popular race track that was used for the Road Cycling events of the 2012 Summer Paralympics.

Don’t miss Rush was released in cinemas on Friday 13 September 2013 and is now available to buy on DVD.

I Want You is a film noir about a young boy, Honda (Luka Petrusic) and his sister Smokey (Labina Mitevska) who get drawn into the relentless pursuit of Helen (Rachel Weisz) by her former lover, Martin (Alessandro Nivola) after he is released from prison.

The production chose Dungeness as the coastal town in the film.  The Folkestone Harbour arm is the location for Martin’s (Alessandro Nivola) argument with his colleague. Nearby Hastings was also used as a film location.

Dungeness is a large nature reserve in the Shepway district of Kent with a beautiful shingle beach, a mixture of old and modern homes, two lighthouses, a historic railway station and a Power Station. Dungeness is a popular film location previously been used by productions such as Ginger and Rosa (2012), The Inspector Lynley Mysteries – Natural Causes (2006) and The Garden (1990).

The town of Folkestone is in the Shepway district of Kent and has a harbour, beach, quaint streets and the Creative Quarter boasts many studios and galleries. The area has previously been used as a location for filming by productions such as The Tunnel (2013) and Is Anybody There? (2009).

I Want You was released in cinemas on 30th October 1998 and is now available to buy on DVD. 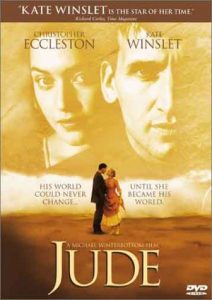 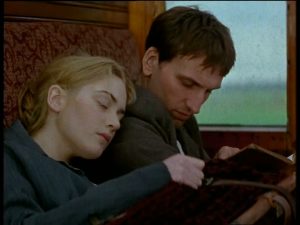