Avengers: Age of Ultron is the next thrilling installment set in the Marvel Universe and is a follow up to the award winning film, Avengers Assemble (2012).

At the heart of the story is Iron Man, Tony Stark (Robert Downey Jr) who attempts to start a peacekeeping program based around Artificial Intelligence. However, inevitably things take a turn for the worse when the autonomous technology runs awry and the initial attempt of mediation turns sour. It is up to The Avengers including; Captain America (Chris Evans), Thor (Chris Hemsworth), The Incredible Hulk (Mark Ruffalo), Black Widow (Scarlett Johansson) and adding Hawkeye (Clint Barton) to come to the rescue and save the planet as its population hangs in the balance.

The Marvel Studios production visited Dover Castle in June 2014 for a week to film several action sequences and local runners were involved to ensure a smooth shoot. Dover Castle was used as part of the interior for the Hydra Outpost in Sovokia and you may also be able to spot the entrance to the wartime tunnels that is used a secret entrance.

Dover Castle is a stunning medieval castle situated on the White Cliffs of Dover, overlooking the English Channel. Dover Castle is a popular film location having featured in Into the Woods (2015), Poirot “The Clocks” (2009), The Other Boleyn Girl (2008) and Hamlet (1990).

Avengers Age of Ultron was released in cinemas on Thursday 23rd April 2015 and is now available on DVD. 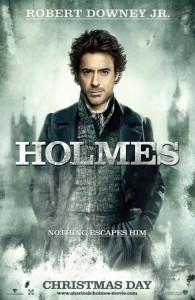