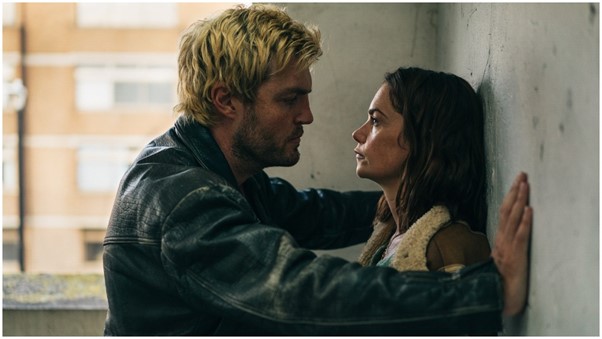 True Things (2022) follows Kate, a young woman living on the edge of society as she becomes intoxicated with a stranger who overturns her quiet lifestyle.

Based on the book of the same name by Deborah Kay Davies, True Things was adapted for the screen by Molly Davies and Harry Wootliff (Only You, Totally Frank) and stars Ruth Wilson (Luther, Saving Mr. Banks) as Kate, and Tom Burke (Only God Forgives, The Souvenir) as Blond, the man she falls in love with.

Production based themselves in Kent for the majority of their location filming.

Kate’s Flat was filmed at a private residence in Margate. Margate is seaside town complete with sandy beach, harbour, amusement park, period housing and the ultra-modern art gallery Turner Contemporary. Margate has previously featured in Above the Clouds (2020) and Jellyfish (2018).

Various scenes were filmed in Ramsgate. Ramsgate is thriving seaside town with beautiful Victorian terraced housing, a Marina, Port and Promenade. The location often doubles for period London streets and has been used in the productions such as The Flood (2019) and Hard Sun (2018).

Kingsgate Bay is used for a dream sequence in the film. Kingsgate Bay is a small sandy bay surrounded by chalk cliffs that connects at low tide through Whiteness cliff arch to Botany Bay. It features a Victorian castle on top of the sea defences which were turned into private residences. Sulphur and White (2020) and Bhikari (2017) have previously filmed here.

True Things is due to be released in UK cinemas on Friday 1st April 2022.