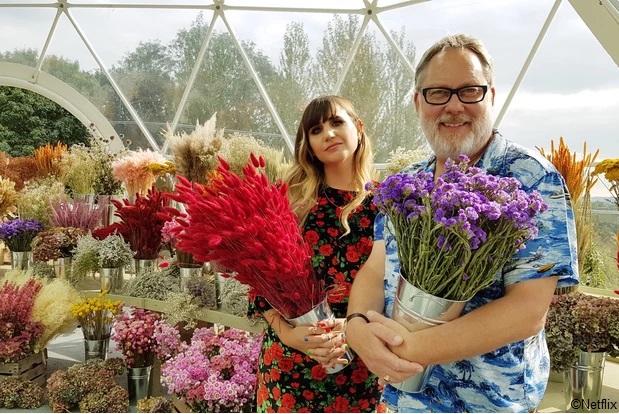 The Big Flower Fight (2020) is a new Netflix reality TV series hosted by Comedian Vic Reeves (Vic and Bob’s Big Night Out, House of Fools,) and Natasia Demetriou (What We Do in the Shadows, Stath Lets Flats,) with floral expert Kristen Griffith-VanderYacht as the head judge. The series follows ten teams of experts, including sculptors, florists and designers who will compete for the chance to design and display their extravagant installations at The Royal Botanic Gardens, Kew.