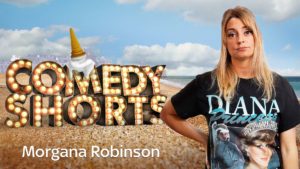 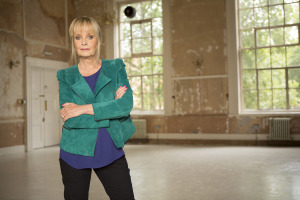 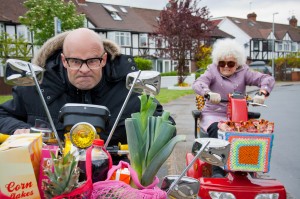 Under the mistaken impression that his pet hamster, Abu, is ill Harry Hill and his Nan (Julie Walters) take him to the vet, who wrongly gives them the tragic news that Abu has one week to live. Harry, who thinks he speaks fluent hamster (but, in fact, misunderstands every squeak that comes out of his little pal’s mouth), incorrectly thinks Abu’s dying wish is a trip to Blackpool. With Nan making three, the trio embark on a road trip to the seaside town. Unbeknownst to them, the Vet is actually the dirty rotten henchman of Harry’s evil twin brother Otto (Matt Lucas), who was raised separately by Alsatians. Addicted to Hula-Hoops and fuelled by revenge, Otto’s nefarious plot is to kidnap Abu and make him the centrepiece of the plastinated hamster world he’s creating in his evil lair. Can Harry and Nan stop Otto before it’s too late?

In May 2013, the production visited Littlestone – on- Sea in Shepway where they shot scenes where Harry and his Nan arrive in an old car and stay at a B&B in the fictional village of “Black Pole”.

Littlestone lies on the coast between Greatstone and St Marys Bay, and is a village with a sea wall, promenade, beach huts, lifeboat station and beach consisting of shingle, mudflats and sand. Nearby Dungeness is a popular film location having been used for  The Poison Tree (2012).