Henry V is directed by Thea Sharrock (Me Before You, Call the Midwife) and along Tom Hiddleston stars Geraldine Chaplin (The Impossible, Talk to Her), Paul Freeman (Raiders of the Lost Ark, Hot Fuzz), Richard Griffiths (Sleepy Hollow, Harry Potter series) and John Hurt (V for Vendetta, Alien).

Featuring as part of the BBC’s Shakespeare season for the London 2012 Festival and Cultural Olympiad, Henry V is the final film of the series and charts Henry V campaign against France and their leader Herald Montjoy.

Kent features strongly in Henry V: No Surrender, as the Battle of Agincourt was staged in the grounds of Squerryes Court, where Henry V leads his soldiers to battle. The crew also visited Penshurst Place, with the exterior doubling for The Palace of Westminster and the interior of the Baron’s Hall as the French Palace where Herald Montjoy resided.

It is not the first time Squerryes Court has been on the screen, the location was used for Emma Wooshouse’s home in the BBC adaptation of Jane Austen’s famous novel Emma (2009),
The Boat that Rocked (2009) and Foyle’s War – The German Woman (2002). The estate is popular with productions as it boasts a grand 17th Century manor house with 20 acres of grounds.

Penshurst Place is a Medieval and Tudor fortified style manor house set in parkland and featuring Elizabethan formal gardens. It is a popular filming location and previous productions filmed at Penshurst Place include Wolf Hall (2015), The Other Boleyn Girl (2008) and Anne of a Thousand Days (1969).

The Hollow Crown series was shown from July 7th 2012 BBC Two and is now available to buy on DVD.

Brought to our screens by Richard Curtis, famed for Four Weddings and a funeral Notting Hill, The Boat that Rocked is a comedy focusing on the Rock and Roll antics of Pirate Radio DJ’s.

Carl (Tom Sturridge), recently expelled from school is sent to spend time with his Godfather Quentin, played by Bill Nighy, in the hope that he will find some much-needed guidance. As it turns out, Quentin is the manager of ‘Radio Rock’, a sea bound Pirate Radio Station. On the boat is a motley crew of eccentrics,  including The Count (Phillip Seymour Hoffman), Dave (Nick Frost) and Midnight Mark (Tom Wisdom) who are all more than willing to impart their advice on life to the impressionable young man.

Life on the water is anything but smooth with the return of the ‘Greatest DJ in Britain’ (Rhys Ifans) he Count is forced to compete for the title he feels he rightly owns. In addition, Radio Rock has fallen foul of the Government who are determined to put a stop to the station and the rock and roll lifestyle it promotes.

The Boat that Rocked captures the essence of the swinging sixties and a generation for whom music was not just a passion, but a way of life that must be protected at all costs. The tale has echoes of the legendary Radio Caroline which first broadcasted its radio channel in 1964 in foreign waters not far from Felixstowe in Suffolk. Today the Radio Caroline is synonymous with Pirate Radio and continues to broadcast, now legally, out at sea.

The film is directed by Richard Curtis (Four Weddings and a Funeral, Notting Hill) and featuring an all-star cast: Bill Nighy (Love Actually, I Capture the Castle), Nick Frost (Shaun of the Dead, Hot Fuzz), Phillip Seymour Hoffman (The Big Lebowski, A Most Wanted Man) and Tom Sturridge (Being Julia, Far from the Madding Crowd)

The production visited Kent in 2007 to film scenes at Squerryes Court, a 17th Century manor home in Westerham. The house is set in 20 acres of land which include beautiful gardens and a lake. The rooms that were used during the filming are open to the public.

The Boat that Rocked was released in cinemas on the 1st April 2009 and is now out on DVD.

This Autumn Jane Austen’s ‘Emma’ will once again grace our screens with a four part adaptation from the BBC. The new series sees Romola Garai (Atonement) starring as the incomparable Emma Woodhouse, with Michael Gambon (Harry Potter and the Half Blood Prince) as her father.

Jane Austen describes Emma as ‘handsome, clever and rich’ and confessed that Emma is a heroine which no-one but her will like. Emma is determined not to marry. However, she cannot help but play matchmaker to all her friends, often with disastrous consequences. Will she ever learn to let love run its true course?

Squerryes Court in Westerham with its grand Georgian rooms was the perfect location to double as the Woodhouse family home. The country house is located in 20 acres of beautiful grounds which include a spectacular garden and an 18th Century Dovecote.    Squerryes Court has been used for productions such as The Hollow Crown: Henry V (2012) and The Boat That Rocked (2009).

The production also chose the beautiful village of Chilham near Ashford to feature as Highbury. Chilham village retains much of its original features, which makes it perfect for period dramas. During filming the square was closed off and all signs of modern life, from the double yellow lines to the burglar alarms, were gently erased. In its place a vibrant market was installed to capture the essence of village life in Jane Austen’s time.

Chilham village has been used for a variety of filming projects including BBC’s Emma (2009), Channel 4 comedy Chickens (2011) and Miss Marple – The Moving Finger (2005).

The series was shown on BBC One on October 2009 and is now available to buy on DVD. 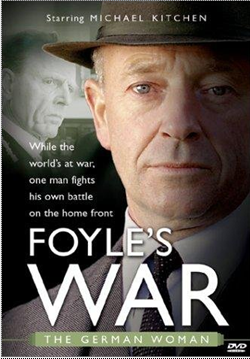 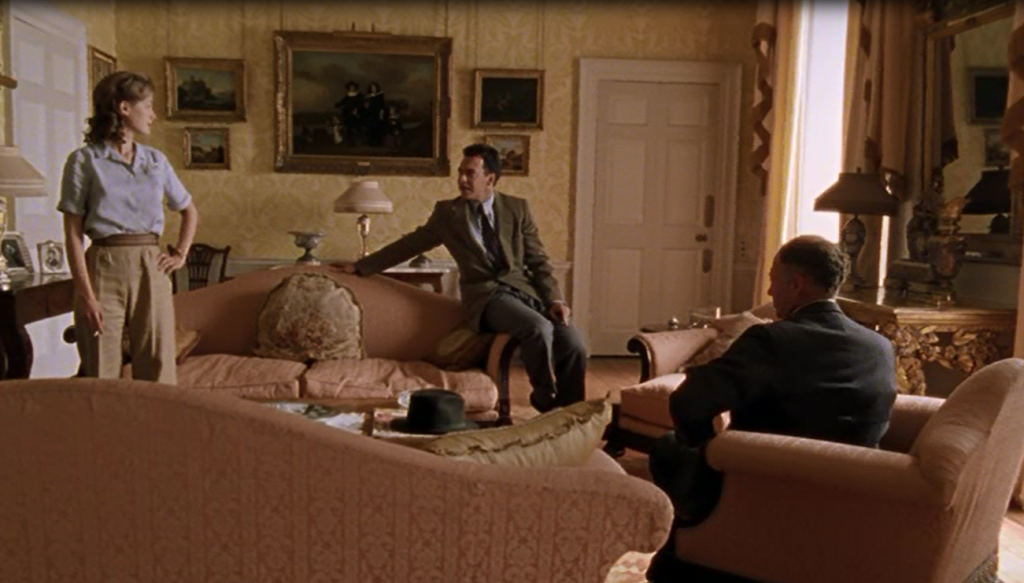