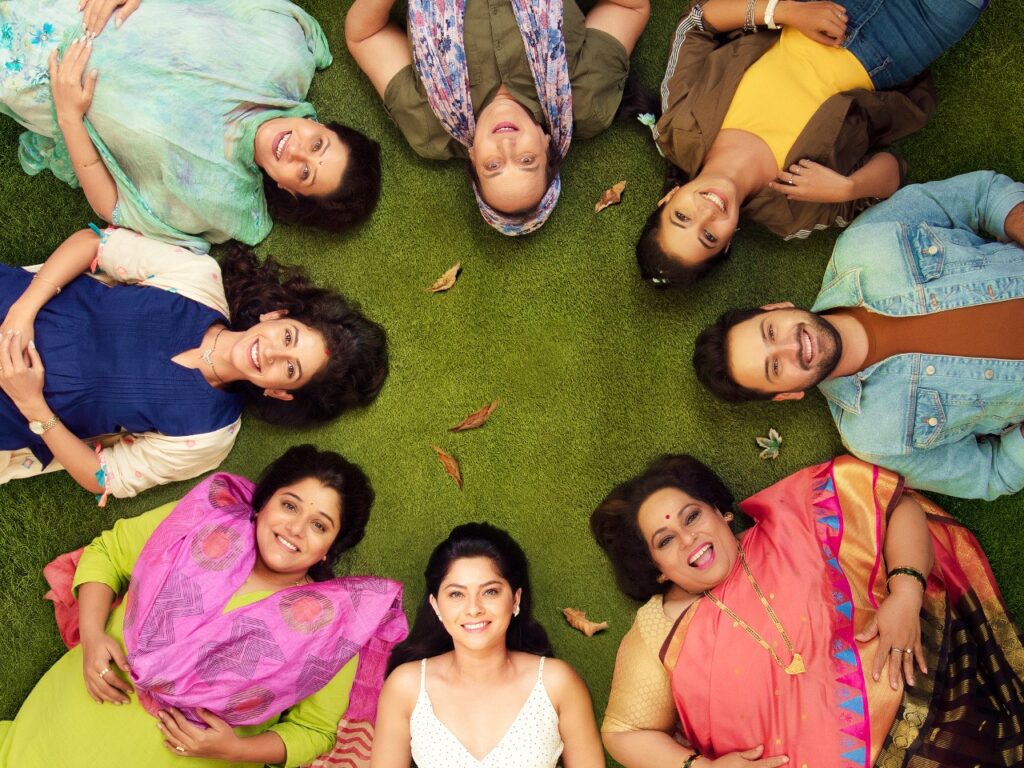 Jhimma (2021) follows the stories of seven women from different age groups and socio-economic backgrounds, who take a life-changing trip to Great Britain. As the journey unfolds, the women are granted the opportunity to heal old wounds, face their demons, discover themselves, and fall in love.

Production visited Botany Bay in Broadstairs to film a musical montage for the final song of the film and a beach scene where Vaishali (Suchitra Bandekar) and Maithili (Sonalee Kulkarni) enjoy a mother/daughter bonding and Indumati (Suhas Joshi) throws her diary into the sea. Botany Bay is a very popular filming location due to its sandy beach, rock pools, white cliffs and highly photographed white chalk stacks. Previous productions to have filmed at Botany Bay include Thaandavam (2012), Bhikari (2017), and Series 2 of the Channel 4 sci-fi show Humans (2016).

Jhimma was released in India on Friday 19th November 2021 and is currently available to stream in the UK on Amazon Prime Video.