Sylvester McCoy as Doctor Who © BBC

The Curse of Fenric is a four part story of popular sci-fi show, Doctor Who, starring Sylvester McCoy. The Doctor and his companion, Ace, arrive at a secret military base during World War II where a Viking curse has been awakened.. Confronted by vampires emerging from the sea and Russian commandoes closing in, the Doctor and Ace need to find a way to defeat an old evil to secure a better future for mankind. 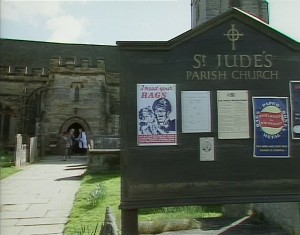 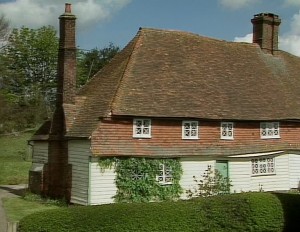 The production visited Lillesden Manor which doubled as the laboratory under the church. It is situated in Hawkhurst and is set in 200 acres of land, and was built in 1853 by Edward Lloyd. Just after World War I, the mansion was sold and became a girl’s school which closed in 1999.

Doctor Who: The Curse of Fenric was first shown in 1989 and is now available to buy on DVD.