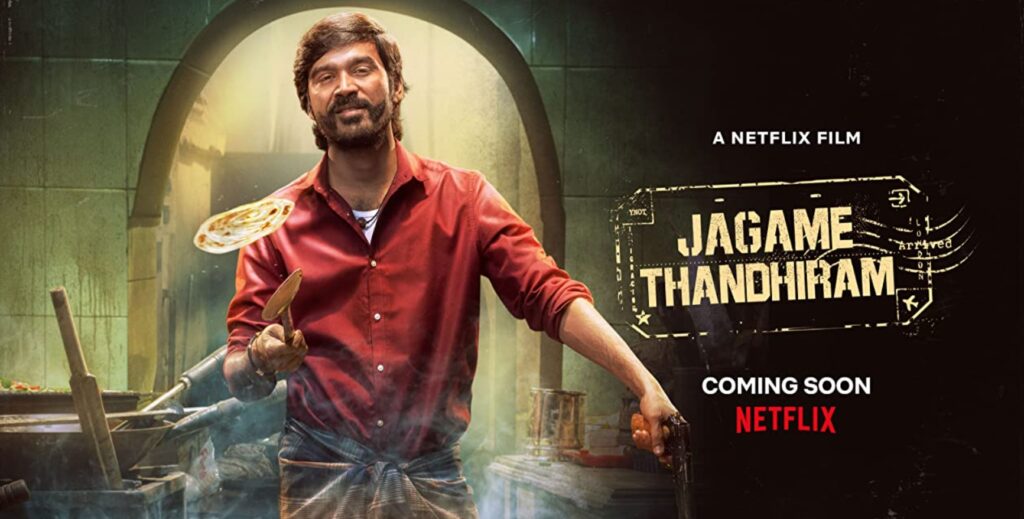 Jagame Thandhiram is a Tamil action thriller about an Indian who emigrates to the UK to start a new life. Having succeeded in developing a successful business, he inadvertently offends a local gangster who then seeks to take revenge.

The production filmed several day and night scenes in the centre of Faversham where they converted various shops, set up a street market and staged a large dance sequence. Production also filmed on the creek at Iron Wharf in Faversham. Herne Bay Pier, Neptune Arm and the Promenade provided the location for a wedding scene. Further driving scenes were staged around Chillenden Windmill near Dover, including a snowy scene on Goodnestone Road.

Filming also took place at Knowlton Court country estate near Canterbury in both the house and on estate lands. Belle Alliance Square and the exterior of Weatherspoons at the Port of Ramsgate were used for fight scenes.

Faversham is a beautiful historic market town in the Swale Borough of Kent. The historic town boasts over 500 listed buildings. Previous productions in the town include Bollywood film Pagalpanti (2019) and Walks With My Dog (2017).

Herne Bay is a seaside town which has a pier and shingle beach and is set just outside of the historic City of Canterbury. Previous productions which have filmed in the area include The 1900 Island – Series 1 (2019)and Blue Planet UK – Series 1 (2019).

Chillenden Windmill is a Grade ll listed building and distinctive local landmark, standing on an exposed site at Goodnestone, Dover. The windmill is on high open ground with fine views to Knowlton Court to the east and Ramsgate to the north. It is also situated on a circular walk taking in Chillenden, Rowling and Goodnestone.

Knowlton Court is a much-loved family home within a stunning and extensive country estate of over 1,900 acres nestled in the heart of Kent. Described as a ‘timeless work of Tudor history’, Knowlton was built in 1585 and has sweeping tree-lined driveway and seven holiday cottages. The Tunnel: Sabotage (2016) filmed here and the main hall is now available for weddings and events.

Ramsgate, located in the district of Thanet, is a thriving seaside town with beautiful Georgian terraced housing, Marina, Port and Promenade. Previous TV productions which filmed here include Baptiste (2019) and The Tunnel: Vengeance (2017).

Jagame Thandhiram will be released directly to streaming service Netflix on 18th June 2021.