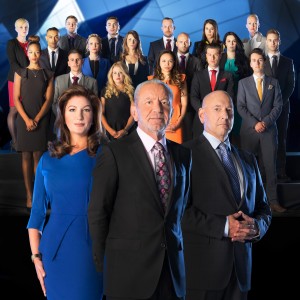 The Apprentice is a popular BBC One show where ambitious entrepreneurs compete to avoid hearing the famous line “You’re Fired” and win Lord Sugar’s £250,000 investment.

The 18 candidates will have to show their commercial insight and business sense throughout the 12 tough tasks which are closely watched by Lord Sugar’s advisors Baroness Karren Brady and, replacing Nick Hewer, Claude Littner.

In episode three of series 11, “Cross-Channel Discount Buying”, Lord Sugar summons the group to the wartime tunnels underneath Dover Castle where the two teams “Connexus” and “Versatile” are given their task – half of the team must stay in Kent and the other half must travel to France to find nine items and negotiate the best possible price. The team that spends the least amount of money will win.

During the task, the teams visit Kent towns including Margate, Ramsgate, Sandwich, Dover, Whitstable and Ashford.

With the mission over, the teams head back to the boardroom to find out who won and which candidates are in the firing line.

Margate and Ramsgate are coastal towns in the Thanet District of Kent offering gorgeous beaches, historic towns and a harbour. The area has previously featured in productions such as Eastenders (2015), Edge of Heaven (2013) and True Love (2012).

Situated on the River Stour is the medieval town of Sandwich which has some of the best-preserved half-timbered houses in the country, eateries and B&B’s. The area has been used for filming on projects including Steph and Dom Meet Nigel Farage (2014) and World War Z (2013).

Dover is home to the infamous White Cliffs of Dover, Dover Castle and the Port of Dover, Europe’s busiest passenger port. Productions which have previously filmed in the Dover area include Avengers: Age of Ultron (2015), Mr Selfridge Series 3 (2015) and Missing (2009).

Ashford is a market town with many shops, eateries, and a designer outlet shopping centre with London and Europe are just a train ride away through Ashford International train station. Ashford and surrounding areas has been used as a film location from visiting productions including Gadget Man (2014), The Monuments Men (2014) and Emma (2009).

Don’t miss the Cross-Channel Discount Buying episode of The Apprentice featuring Kent which will be shown on Wednesday 21st October 2015 at 21:00 on BBC One. 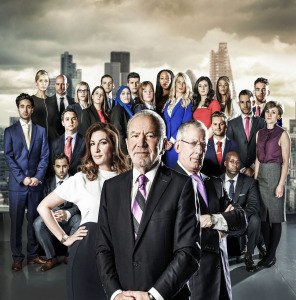