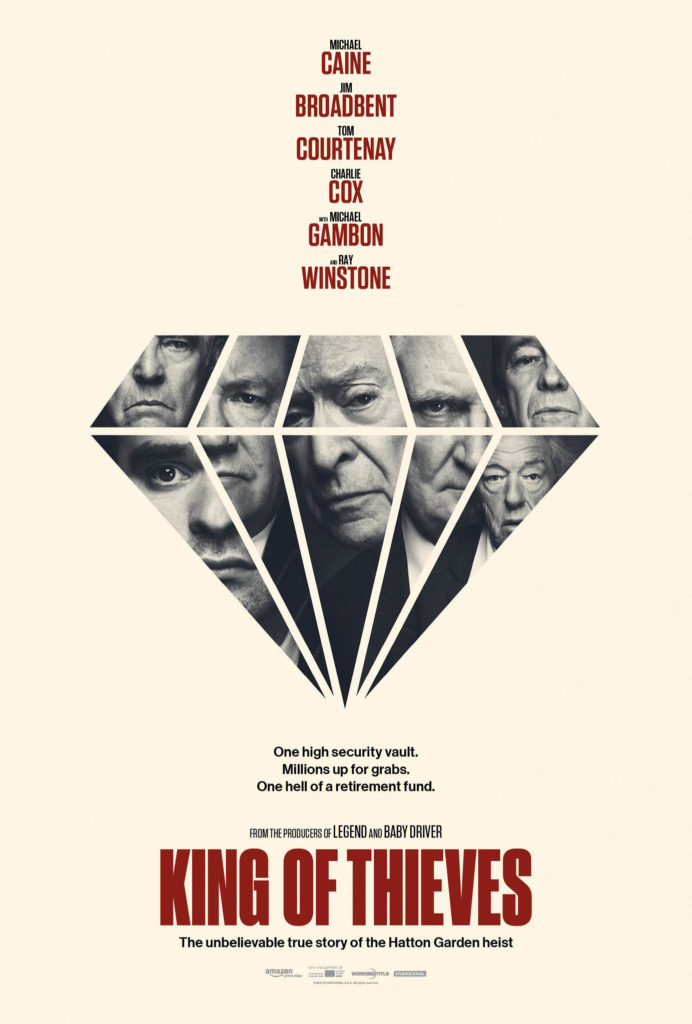 Feature film King of Thieves is based on the infamous Hatton Garden Robbery, in which a crew of retired crooks pull off a major heist in London’s jewelry district. The thieves, most of them in their 60s and 70s, employ their old-school tricks of the trade to plan the heist over the Easter holiday weekend of 2015. After taking over £200 million worth of jewels, arguments erupt in the group as the police start to move in on the group.

A short scene was filmed at the footbridge that leads to Shakespeare’s Beach in Aycliffe, Dover, but the main bulk of the scenes were filmed in and around Margate, including scenes at the Wig and Pen Pub, the Nayland Rock Hotel, Harbour Arm in Margate, outside the Turner Contemporary, and a scene at Margate Train Station.

Margate is a popular film location for films and has recently featured in film productions such as King Lear (2018), The Carer (2016) and True Love (2012).

Dover, where production filmed a small scene, is the site of the famous white cliffs of Dover and has been used in films such as Sherlock Holmes (2011).

The film will be released in cinemas on Friday 14th September 2018.