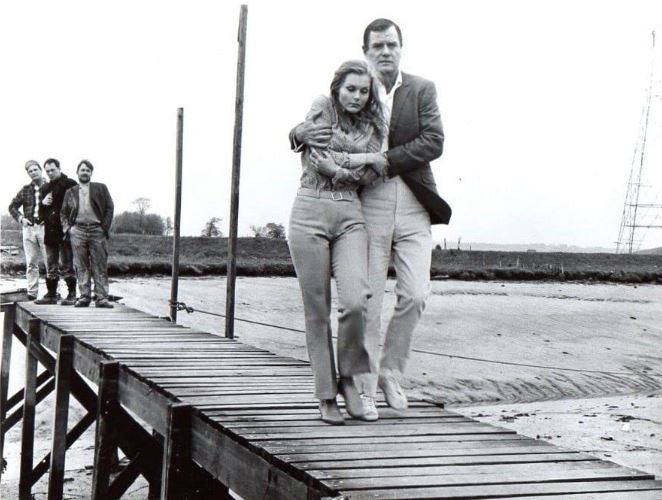 The Shuttered Room (1967), also known as Blood Island, is a British horror film about Susannah Kelton (Carol Lynley) who, upon the death of her estranged parents, inherits an old mill. Ignoring the warnings from the townspeople that the mill is cursed, Susannah soon discovers a family secret that has remained hidden since her childhood.

Based on the short story by August Derleth, The Shuttered Room was adapted for the screen by D.B. Ledrov and Nat Tanchuck (Fury, Federal Man) and directed by David Greene (Godspell, Rich Man, Poor Man). It stars Carol Lynley (Bunny Lake is Missing, The Poseidon Adventure) as Susannah Whately Kelton, Gig Young (Bring Me the Head of Alfredo Garcia, They Shoot Horses, Don’t They?) as her husband Mike Kelton, Oliver Reed (The Big Sleep (1978), Gladiator) as estranged cousin and violent thug Ethan, and Flora Robson (Black Narcissus, Clash of the Titans) as Aunt Agatha.

South Foreland Lighthouse in Dover features throughout the film as the exterior of Aunt Agatha’s clifftop home. A Victorian structure perched on the White Cliffs of Dover, the South Foreland Lighthouse was not only the first lighthouse powered by electricity, it was also the site of the first international radio transmission. The Bollywood film Rustom (2016) features the Lighthouse, as well as Series 3 Episode 7 of the ITV period drama Mr Selfridge (2015).

The Shipwright’s Arms and Hollowshore Boatyard in Faversham also feature throughout the film. The Boatyard doubles for Susannah’s hometown of Dunwich, Massachusetts and various driving scenes were shot on the site. Situated on the North Kent Coast among the marshes, Hollowshore Boatyard still continues its tradition of wooden boat building, repairs and mooring. Also on the site, and estimated to be over 300 years old, The Shipwright’s Arms remains an operating pub to this day. Previous productions to have filmed in Faversham include ITV’s The Larkins (2021), the Channel 4 drama Southcliffe (2013) and Bollywood movie Jagame Thandhiram (2021).

The Shuttered Room was released on Tuesday 27th June 1967.