Avengers: Age of Ultron is the next thrilling installment set in the Marvel Universe and is a follow up to the award winning film, Avengers Assemble (2012).

At the heart of the story is Iron Man, Tony Stark (Robert Downey Jr) who attempts to start a peacekeeping program based around Artificial Intelligence. However, inevitably things take a turn for the worse when the autonomous technology runs awry and the initial attempt of mediation turns sour. It is up to The Avengers including; Captain America (Chris Evans), Thor (Chris Hemsworth), The Incredible Hulk (Mark Ruffalo), Black Widow (Scarlett Johansson) and adding Hawkeye (Clint Barton) to come to the rescue and save the planet as its population hangs in the balance.

The Marvel Studios production visited Dover Castle in June 2014 for a week to film several action sequences and local runners were involved to ensure a smooth shoot. Dover Castle was used as part of the interior for the Hydra Outpost in Sovokia and you may also be able to spot the entrance to the wartime tunnels that is used a secret entrance.

Dover Castle is a stunning medieval castle situated on the White Cliffs of Dover, overlooking the English Channel. Dover Castle is a popular film location having featured in Into the Woods (2015), Poirot “The Clocks” (2009), The Other Boleyn Girl (2008) and Hamlet (1990).

Avengers Age of Ultron was released in cinemas on Thursday 23rd April 2015 and is now available on DVD.

Henry V is directed by Thea Sharrock (Me Before You, Call the Midwife) and along Tom Hiddleston stars Geraldine Chaplin (The Impossible, Talk to Her), Paul Freeman (Raiders of the Lost Ark, Hot Fuzz), Richard Griffiths (Sleepy Hollow, Harry Potter series) and John Hurt (V for Vendetta, Alien).

Featuring as part of the BBC’s Shakespeare season for the London 2012 Festival and Cultural Olympiad, Henry V is the final film of the series and charts Henry V campaign against France and their leader Herald Montjoy.

Kent features strongly in Henry V: No Surrender, as the Battle of Agincourt was staged in the grounds of Squerryes Court, where Henry V leads his soldiers to battle. The crew also visited Penshurst Place, with the exterior doubling for The Palace of Westminster and the interior of the Baron’s Hall as the French Palace where Herald Montjoy resided.

It is not the first time Squerryes Court has been on the screen, the location was used for Emma Wooshouse’s home in the BBC adaptation of Jane Austen’s famous novel Emma (2009),
The Boat that Rocked (2009) and Foyle’s War – The German Woman (2002). The estate is popular with productions as it boasts a grand 17th Century manor house with 20 acres of grounds.

Penshurst Place is a Medieval and Tudor fortified style manor house set in parkland and featuring Elizabethan formal gardens. It is a popular filming location and previous productions filmed at Penshurst Place include Wolf Hall (2015), The Other Boleyn Girl (2008) and Anne of a Thousand Days (1969).

The Hollow Crown series was shown from July 7th 2012 BBC Two and is now available to buy on DVD. 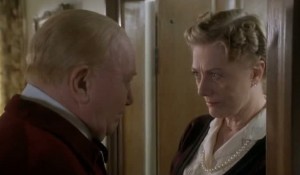 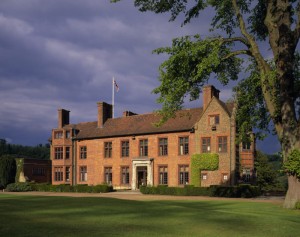