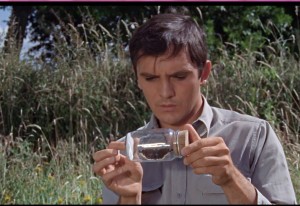 The Collector is a psychological thriller based on the fantasies of Freddie Clegg (Terence Stamp). His obsession with collecting beautiful objects begins innocently with butterflies. However, after several years of stalking the woman he loves, Miranda (Samantha Eggar), he decides he must collect her. After locking the pretty art student in an outbuilding on his property, he hopes that in time she will fall in love with him.  Miranda soon realises that there is a chance she may never escape. 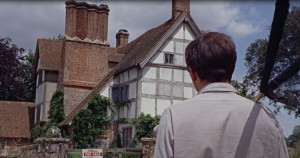 Westerham makes a brief appearance towards the end of the film when Freddie goes looking for a doctor. Westerham is a pretty Kentish town known for its stately homes, beautiful gardens, monuments and country pubs.  It is located in the Sevenoaks district and easily commutable from London.

Also located in Sevenoaks is Edenbridge, a small town with a largely medieval character. Gabriel’s Manor in Edenbridge was the perfect setting for Freddie’s house with its secluded location, private driveway and outhouse located at the front of the property.

The Collector was first released in 1965 and is now available to buy on DVD.