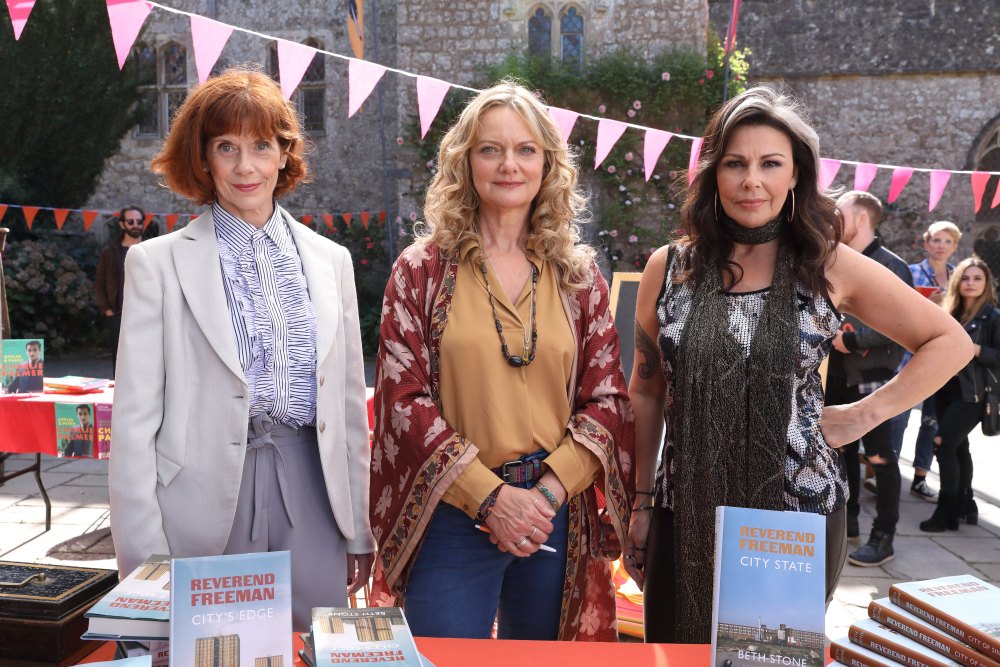 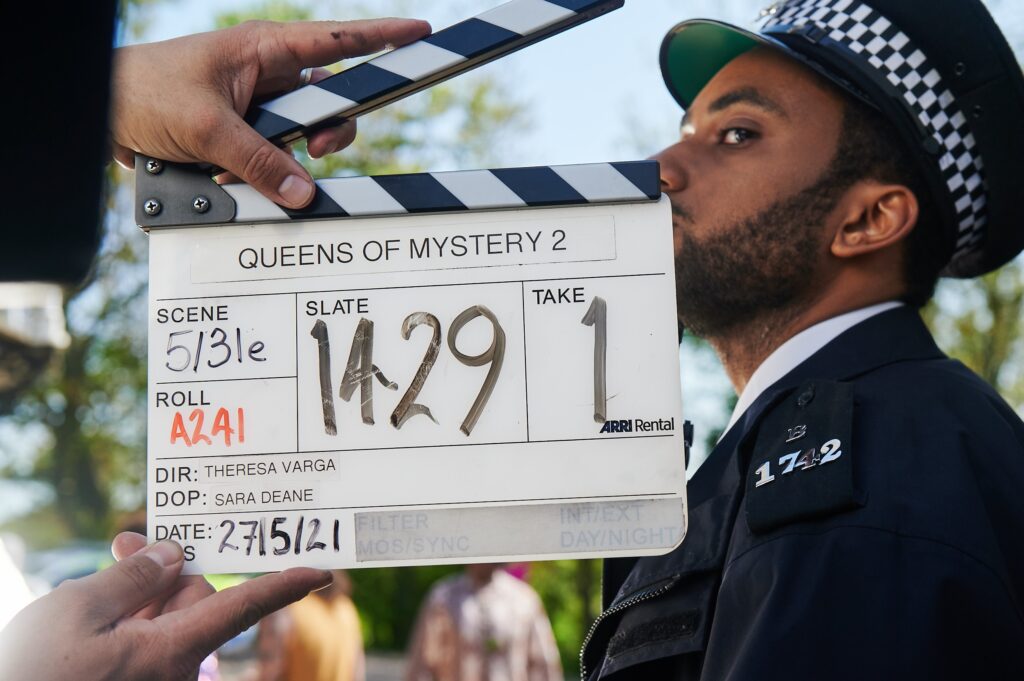 Production visited several locations in Farningham for the hero village of Wildemarsh. Beth’s cottage, which features throughout Series 1 and 2, was filmed on the Mill Estate. In Series 2, the exterior of the doctor’s surgery as well as of Victoria Durrell’s (Selina Griffiths) and Henry Wade’s (Aki Omoshaybi) houses and Rachel’s Papers shop were also filmed on the Mill Estate. Wadard Books on the High Street doubles as the Murder Ink bookshop and Jane’s house. Farningham Village Store also features as Wildemarsh Village store and the entrance to The Corn Exchange Theatre in Series 1. Farningham has previously been used as a filming location for Flesh and Blood (2020).

Production used Lympne Castle as Hiddledean Castle in the Series 1 episode entitled Murder in The Dark. Lympne Castle is an unspoiled 13th century Manor in the Folkestone & Hythe district of Kent that boasts stunning views of the Romney Marsh. It has previously been used as a filming location for The Honourable Woman (2014) and Great Expectations (2012).

In the Death By Vinyl episode in Series 1, Stoneydale craft shop in Cranbrook was converted into the The Sound and Fury record shop in Wildemarsh. Cranbrook also features as the High Street throughout both series. In the Series 2 episode Sparring with Death, Part 1, St Dunstan’s Church and graveyard in Cranbrook feature when Matilda and Beth visit the grave of Beth’s husband.

St Michael’s Churchyard in Smarden was used as the Wildemarsh churchyard, and a private residence in Water Lane featured as the village’s Embittered Hack Pub in Series 1. Productions that previously filmed in Smarden include The Mirror Crack’d (1980).

Woodchurch Windmill in Ashford features as the exterior of Wildemarsh Windmill throughout both series. The view from the mill to the village below also features throughout. 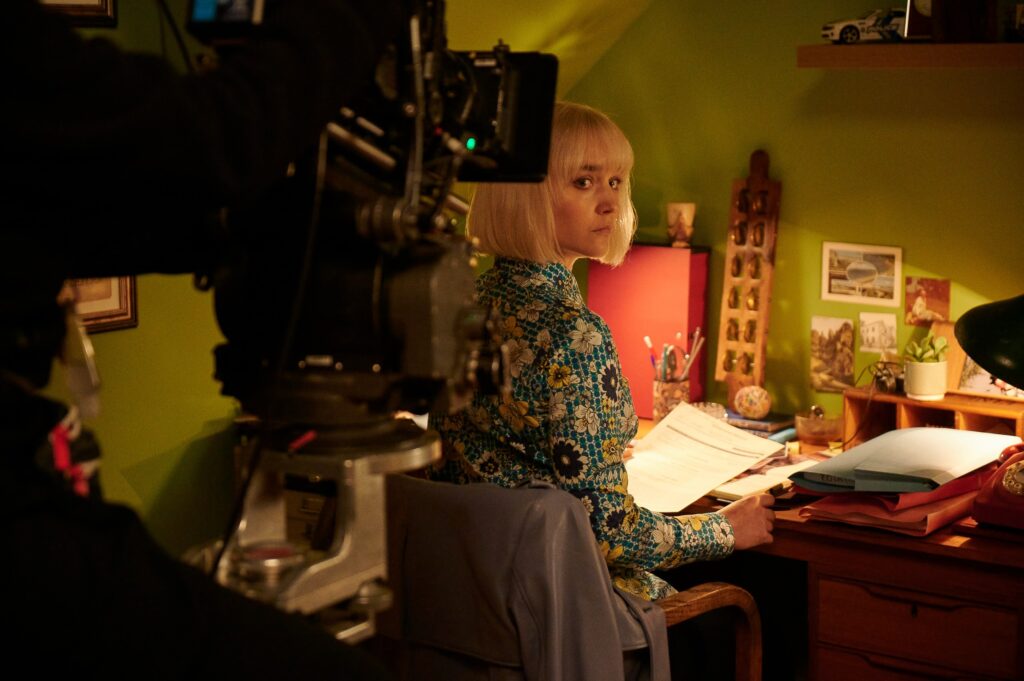