The Kent Film Office was established in 2006 as an economic development initiative by Kent County Council. It generates inward investment into the Kent & Medway economies from the film and broadcast industries while ensuring that any filming activity taking place in the region is lawful and considerate of Kent & Medway’s residents and businesses.

Kent Film Office’s mission is to maximise inward investment from filming activity for a minimum of disruption to residents and businesses.

We provide the following services:

In terms of serving the county of Kent, we set ourselves high standards and strive to achieve the following priorities:

Since its launch, the Kent Film Office has supported many high profile productions, such as Avengers: Age of Ultron , Into The Woods, Wolf Hall, The Tunnel, Rush and Great Expectations and filming activity generates on average more than £5 million direct spend into the Kent & Medway economies every year. As the Kent Film Office is a free service to productions, all of this inward investment is directly benefiting local businesses, communities and attractions.

However, the actual economic benefit to the county is far higher than the £5 million that is spent on average by productions.  Industry reports show that looking at the whole of the supply chain such as crew going to a local pub after work, production buying supplies from local shops, bringing family down for visit etc., the true economic benefit is closer to twice the original spend, i.e. £10m. In addition to this, there is an estimated tourism benefit of at least 60% of what was originally spent in Kent & Medway for certain projects.

Age of Heroes Behind the scenes © Kent Film Office

The Other Boleyn Girl at Knole © Knole Estate, National Trust

Priority 2: Safeguard the civil rights and interests of Kent & Medway’s residents and businesses

Filming can be a disruptive and dangerous activity if left unmanaged. The Kent Film Office has developed the Kent Filming Partnership which makes Kent & Medway a film friendly region and sets out Kent Filming Partnership Guidelines to ensure that all filming activity is lawful, operators carry valid Public Liability Insurance, Risk Assessments and have followed due diligence in informing affected residents and businesses of their activities and potential disruptions.

To maximise the Kent offer to the creative industries, it has to extend beyond film locations and include a skills base and local support facilities that visiting productions can tap into. The Kent Film Office operates in a highly competitive market and aims to support and grow the local skills base in the county. At the national level, we work with and through Creative England and ScreenSkills and locally with county based agencies, such as the Maidstone Studios, Screen South, our colleges and universities and media networks including Kent Creative Live and BFI HUB.

The Kent Film Office is proud to be a member of The Production Guild and Film Offices UK. 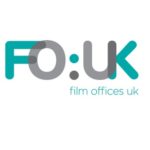 If you have any questions or recommendations, please contact the team on 03000 422 000 or email filmoffice@kent.gov.uk.