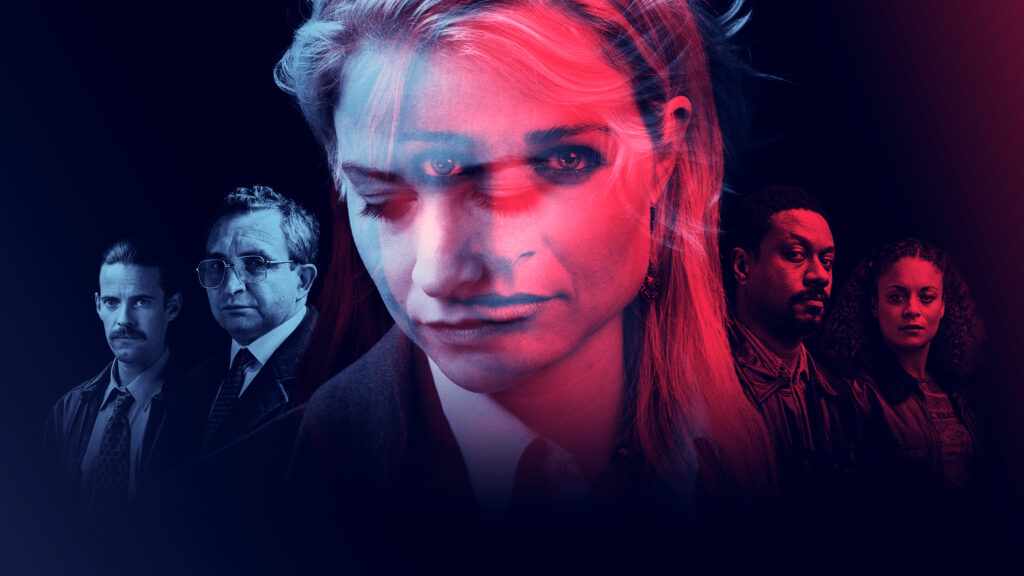 Deceit (2021) is a powerful new TV drama based on the real-life events surrounding the investigation into the murder of Rachel Nickell on Wimbledon Common in 1992, in which Lizzie James, an undercover police officer, is tasked with baiting a suspected serial killer.

Directed by Niall MacCormick (The Durrells, Margaret Thatcher: The Long Walk to Finchley) Deceit stars Niamh Algar (Raised by Wolves, The Virtues) as Lizzie James, Karl Farrer (Flesh and Blood, Angel Has Fallen) as a Police Officer and Paul O’Kelly (The Witcher, Gangs of London (2019)) as P.C O’Kelly.

The production visited Canterbury Prison and Shellness Beach during filming of the four-part miniseries for Channel 4. Shellness Beach has an area of mixed sand and shingle beach adjoining Shellness on the Isle of Sheppey. The beach is bordered by private chalets, some of which are available for filming. Both Dark Heart Series 1 (2018) and The Third Day (2020) have previously filmed here.

Canterbury Prison was sold to Canterbury Christ Church University in 2014 and is now part of the university campus. Most recently BBC TV dramas Small Axe (2020) and The Capture (2019) filmed at the prison.

Deceit will air on Channel 4 from Friday 13th August at 9pm. All episodes will be available to stream on All 4.