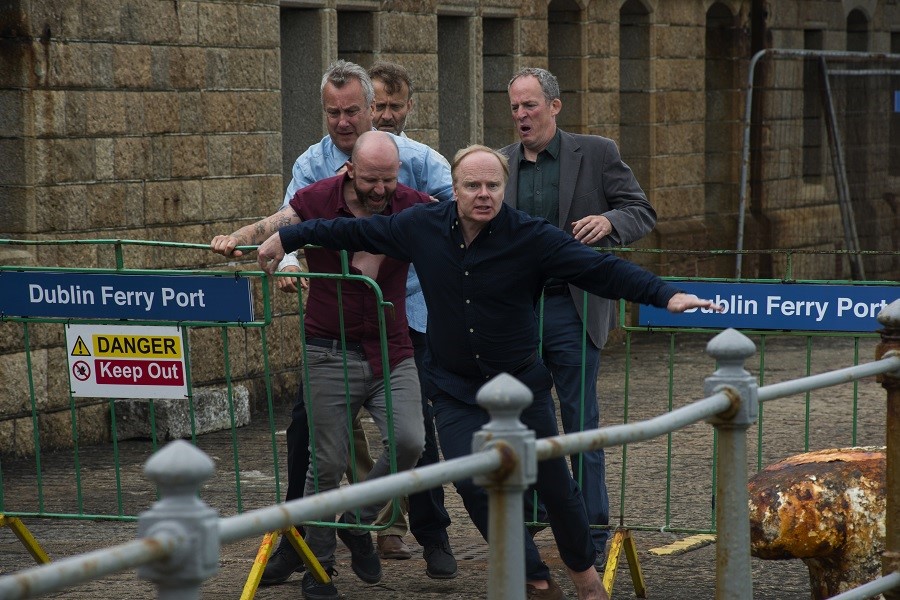 Deciding to leave the Valcro store and make a fresh start in Calais, Gavin (Jason Watkins) and Cheryl (Sarah Parish) plan to get married. When Gavin’s stag-do goes awry, he and his friends face a race against time to get him back for the wedding.

The Cruise Terminal at the Port of Dover was used as the location for the Dublin and Holyhead Ferry Ports in scenes which sees Gavin (Jason Watkins) and his friends panic they are going to miss the wedding.

The Port of Dover in Kent is the closest point between England and France and the busiest ferry port in Europe. It gets a lot of interest from location managers for the service it provides and the views that come along with it. Other shows that filmed on location at the port include The Tunnel (2013), Missing (2009-2010), and film Albert’s Memorial (2009).

The episode was first aired in the UK on the 23rd December 2018 on Sky One.