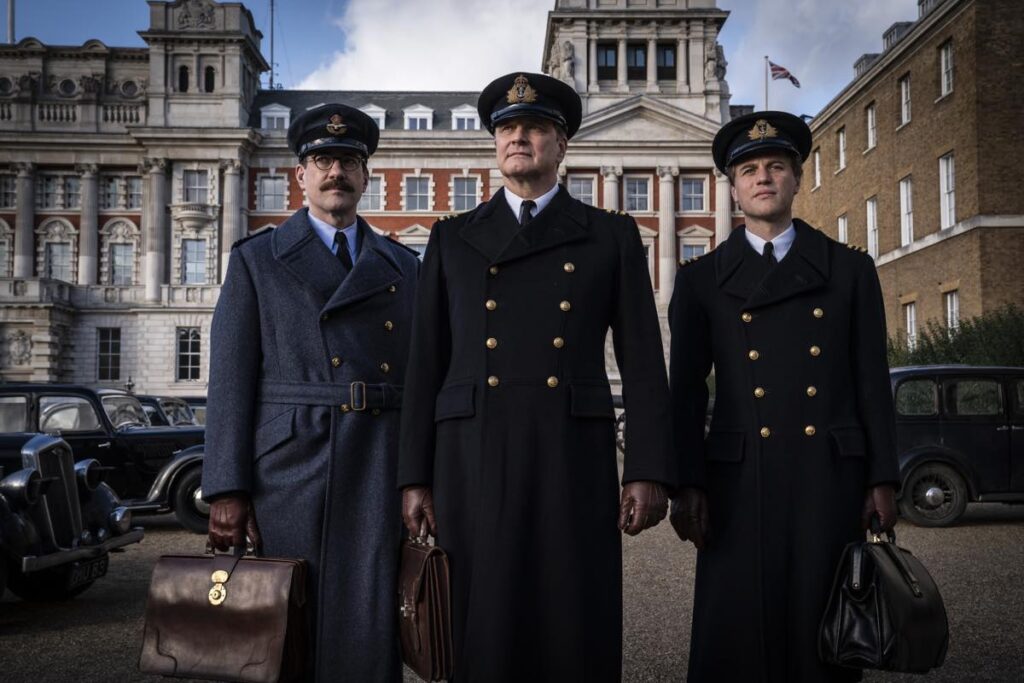 Operation Mincemeat (2022) is a drama set during World War Two. The film is based on the true story on how British intelligence officers pulled off one of the most successful wartime deceptions of Nazi Germany.

The film was written by Michelle Ashford (The Pacific, Boomtown) and is based on the book by Ben Macintyre. Stars of the film include Colin Firth (Kingsman: The Secret Service, Pride and Prejudice) as Ewen Montagu, Matthew Macfadyen (The Current War, Churchills Secret) as Charles Cholmondeley, Johnny Flynn (Vanity Fair, Stardust, The Dig) as James Bond author Ian Fleming and Kelly Macdonald (Line of Duty, The Victim) as Jean Leslie. Supporting cast includes Penelope Wilton (Downton Abbey (2010), Summerland (2020)) and Alex Jennings (The Crown Series 1 – 4 (2016-2020), The Halcyon (2017)).

Operation Mincemeat will be released in UK cinemas on Tuesday 15th April 2022.