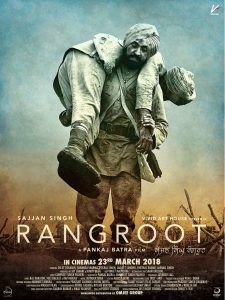 Based on a true story, the upcoming movie follows British Indian Army officer Sajjan Singh (Diljit Dosanjh), who served on the Western Front during World War I. It centres on the Sikh regiments who were sent to fight for Britain during the war, and pays tribute to the sacrifice that the Indian Army made for Britain, fuelled by Sikh pride and appreciation.

Faversham Market was used in multiple scenes, in which WWI soldiers are marching through town.

Located in the heart of Faversham’s historic town centre, Faversham Market has the esteemed status of Kent’s oldest town market.  Southcliffe (2013) was a Channel 4 mini-series that was filmed primarily in Faversham town centre. The surrounding areas of Faversham are often used as locations for productions such as Great Expectations (2012) and Waterland (1992).

Rangroot will be released in UK cinemas on 23 March 2018.