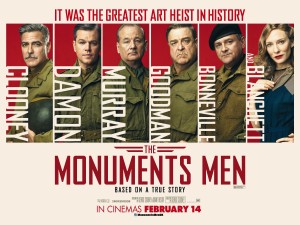 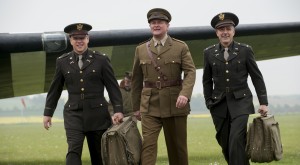 The Monuments Men is an action drama film based on the true story of one of the greatest treasure hunts in history, where an unlikely team are tasked to go to Germany during World War II and rescue art masterpieces from Nazi thieves and return them to their rightful owners.

With the German Army under instructions to destroy all of the artwork, the Monuments Men as they were known, consisting of museum directors, curators, and art historians are tasked to go behind enemy lines and retrieve the art and are willing to risk their lives to protect and defend mankind’s greatest achievements. 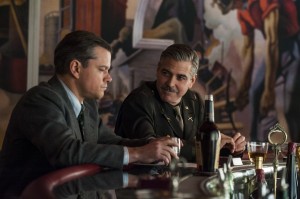 In June 2013, the production visited a farm in High Halden, Ashford where they filmed establishing shots of the farmland. A number of the production team also chose to stay in Ashford whilst filming scenes in Camber Sands in neighbouring East Sussex.

Ashford is a lively town with tremendous rail links, both to Europe via the Eurostar and to the capital via the High Speed Javelin. The town boasts many shops, eateries, and a designer outlet shopping centre and only a short drive away is a glorious Kent countryside. This isn’t the first time that Ashford and surrounding areas has been used for filming with previous visiting productions including Emma (2009).

Don’t miss The Monuments Men which is released in cinemas on 14 February 2014.