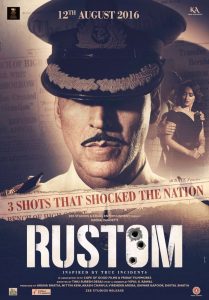 Rustom is a Hindi  murder mystery romance inspired by the true 1959 legal KM Nanavati v. State of Maharashtra, which changed the face of the India judicial system. Kawas Manekshaw Nanavati (Akshay Kumar) was a naval officer who was tried for killing his English-born wife’s lover, Prem Ahuja.  The murder case is still famous on the subcontinent and the film’s tagline is “3 shots that shocked the nation”. 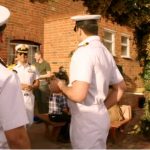 Screenshot at The Chequers Inn pub in Aylesford © Friday Filmworks 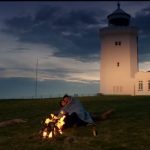 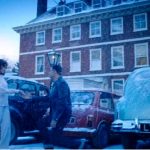 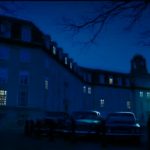 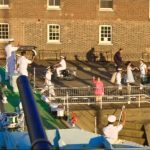 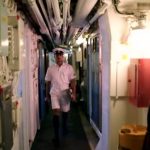 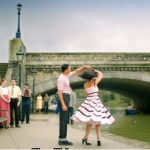 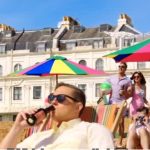 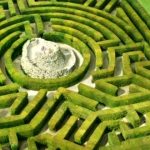 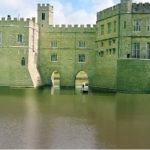 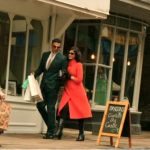 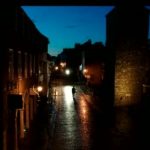 The Historic Dockyard Chatham features as the Bombay naval port and HMS Cavalier as the destroyer on which he serves. A snowy Commissioners House also features in a montage and Slip 5 in a dinner scene between Rear Admiral Prashant Kamath (Parmeet Sethi)and Cynthia (Ilene D’Cruz).

Aylesford is a picturesque village located on the banks of the River Medway complete with a Norman Church and Victorian houses. It has previously featured in Half A Sixpence (1967).

Canterbury is a historic cathedral city with parks and open spaces, shopping areas, bars and restaurants and has previously featured on screen in projects such as Take Me Out – Series 8 (2016) Terry and Mason’s Great Food Trip (2015) The Apprentice (2014).

The county town of Kent, Maidstone has many parks, shopping areas and sports facilities and is home to The Maidstone Studios. Maidstone has been used to film The Great Interior Design Challenge (2014), Couples Come Dine With Me (2014) and Don’t Tell the Bride (2013), to name a few.

Leeds Castle is a romantic castle with medieval themed rooms, 1920’s style interiors and original marble bathrooms. The large 500 acres estate boasts beautiful gardens, a moat, woodlands, maze with shell grotto and an aviary. The castle has been used to film The Hollow Crown: The Wars of the Roses (2016), Henry VIII (2003) and Lady Jane (1987).

South Foreland Lighthouse in Dover, is a Victorian lighthouse landmark along the White Cliffs of Dover. The Dover area has been used for projects including Mr Selfridge Series 3 (2015), The Apprentice (2015) and On A Clear Day (2005).

The Historic Dockyard Chatham is a 17th century dockyard set over 80 acres, containing over 100 buildings dating from the Georgian and Victorian Periods. It has been used extensively for filming, appearing in productions such as Call the Midwife (2016), Les Miserables (2013) and Downton Abbey (2013).

Rustom was released worldwide on 12th August 2016 and is now available for DVD purchase.