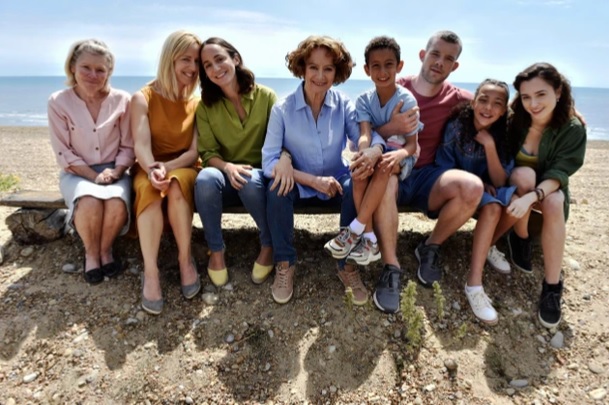 Flesh and Blood, a new four-part series for ITV, is a modern story of three adult siblings, exploring universal themes of relationships, trust, loyalty and love against in aftermath of a tragic crime.

Russell Tovey, (Years and Years (2019)), Claudie Blakley (Manhunt (2019)) and Lydia Leonard (Gentleman Jack (2019)) lead the cast as the siblings Jake, Helen and Natalie. The series also stars Francesca Annis (King of Thieves (2018)) as their recently widowed mother with Stephen Rea (Dickensian) as her new love interest and Imelda Staunton (Harry Potter and the Deathly Hallows: Part 1 (2010)) as their neighbour.

The drama was created and written by Kent resident Sarah Williams, whose previous credits include The Long Song (2018), Case Sensitive (2012) and Poppy Shakespeare (2008). Flesh and Blood is directed by BAFTA nominee Louise Hooper (Cheat (2019), Cold Feet (2017)).

During filming production visited Farningham, near Sevenoaks, to film The Manor on the High Street as three separate location. Farningham nestles on the old London to Folkestone Road astride the River Darent. Scheduled as a Conservation Area, it includes many notable buildings and historic sites, including Farningham Mill, the site of a Roman villa and Farningham Woods SSSI and Nature Reserve.

Production also visited Greatstone Beach (Romney Sands) during filming. Greatstone is part of 26 miles of beaches in the Folkestone and Hythe District and the Dunes and Beach between Littlestone-on Sea and Lydd-on-Sea, often also referred to as Romney Sands is an area of SSSI.

Flesh and Blood will air on ITV over four consecutive nights starting on Monday 24th February 2020 at 9pm.