We’ve Got The Toaster was made on a tiny budget and took over 3 years from beginning to premiere.  The cast and crew was made up of over 100 people, the vast majority of whom were under 18 when they started working on the project.  Many of them had never been on a film set before. But they all had one thing in common ” they knew what it felt like to be teenager.

In the definitively middle-class Royal Tunbridge Wells, 16 year old Lance (Jamie Mander) has been romantically obsessed with Steph (Emma Blake) ‘the fittest thing since sliced fit” for exactly 3 years, 11 months and 25 and a half days’. And he’s barely even spoken to her! 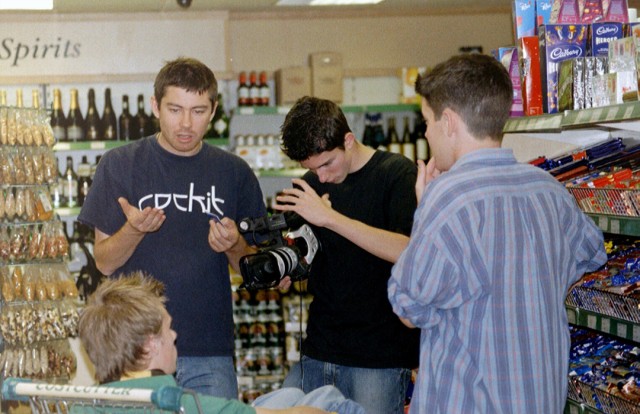 Unable to approach Steph, but desperate for something to change, Lance faces his worst fear ” of holding ‘the worst party ever’ when his parents go away for the weekend.  Enlisting his enigmatic, porn-addicted best mate Henry (Rob Smith) to help plan things, Lance tries to work out what to do when “You’ve got no girls, no idea and 24 hours to throw a party”.

“A deeply amusing and I believe accurate portrayal of the teenage psyche” – Henry Thomas, former head of Universal Pictures, London.

“Packed with wit and canny observation of character. Laloe is something of a modern-day Hogarth, revealing our everyday absurdities in a hilarious but also intelligent way.” – Steve Gough, Award winning Writer/Director of ‘Elenya’ and ‘Heartland’ starring Anthony Hopkins.

Tunbridge Wells is a town in West Kent, home to a host of historic buildings, specialist shops, churches and a busy town centre. Productions which have previously filmed in the area include Britain’s Best Bakery (2012), Terry and Mason’s Great Food Trip(2015) and Hunted (2012).

We’ve Got The Toaster premiered in Tunbridge Wells to an audience of 600 and was covered in a live report by the BBC that lasted for 4 minutes.  The film was screened in independent cinemas in locations including London, Oxford and Brighton.